Fieldrunners 2 will be coming to Android next month, beta sign-ups live

Subatomic Studios has announced that the sequel to their hit tower defense game Fieldrunners will finally be making its way to Android devices next month. The announcement was made over on the company’s blog and along with the announcement of the game’s arrival to Android was the arrival of beta sign-ups for those of you who want to try to get into the beta for Fieldrunners 2.

As you are probably guessing, Fieldrunners 2 will be arriving with more levels, more weapons, more enemies and more ways to play the games over the original Fieldrunners game. This sequel comes with 25 levels, all hand-painted, which span across four areas on the island on which you will be playing on. The maps in Fieldrunners 2 are ‘Hybrid Maps’, not your typical Tower Defense maps and mechanics, which means it combines both fixed path layouts as well as free building maps for a rather unique hybrid style of playing. 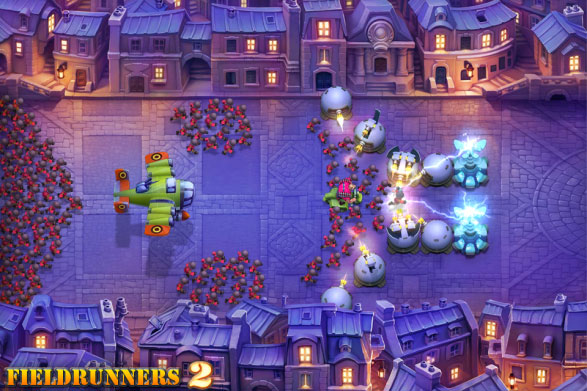 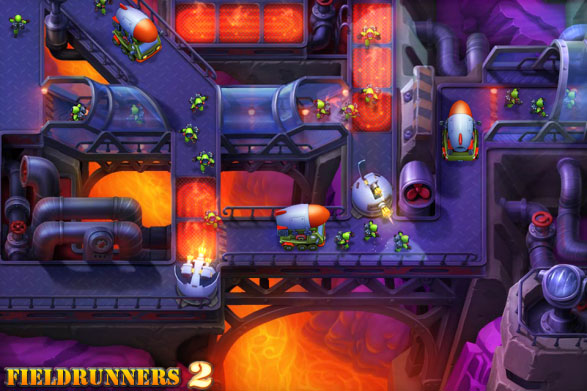 – 25 unique, hand painted levels spanning 4 distinct zones across Fieldrunners Island
– Over 20 weapons to choose from at the start of each level
– Face waves of fieldrunners that navigate the battlefield with unparalleled realistic swarming behavior
– Multi-storied maps route enemies over bridges, under tunnels, and into trenches
– Revolutionary “Hybrid Maps” combine the fun of designing mazes with the challenges of fixed path layouts
– Sudden Death maps pit players against never ending hordes of enemies in an all new, action packed levels
– Puzzle Maps are bonus levels that put players’ understanding of enemy behaviors to the test
– Over 30 different enemy types, including elite enemy units with special attacks and rewards
– Powerful items allow players to perform precision based attacks like never before

There also happens to be a variety of difficulties that you will need to complete each map on if you truly want to complete the game. As for when Fieldrunners 2 will arrive onto Google Play, right now it is just a loose ‘April 2013’ time frame. However, you can get yourself a hands-on with the game a bit early if you get into the closed beta which you can sign up by heading over to the Subatomic Studios website.