Larry the Squirrel’s Play Corner: Adventures on the High Seas

Ahoy mates! Today we look at a couple of games where the action takes place on the high seas. So raise the anchor and shove off you land lovers. Can you be the next Captain Jack Sparrow?

Raft Pirates is a new MMO where you are a budding pirate and your mission is to build the most powerful and feared raft(s) that float. This is a relatively new game and a definite favorite. The game is free and there are no ads! There are some in app purchases you can use to help with building but I progressed pretty far without having to spend any money. If you look at the market, comments are mixed on the game. I have had a few connection issues but no enough to make me erase the game. The one that I experienced was that the game seemed to kill the battery quickly. 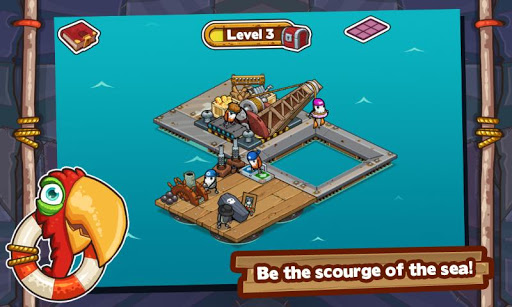 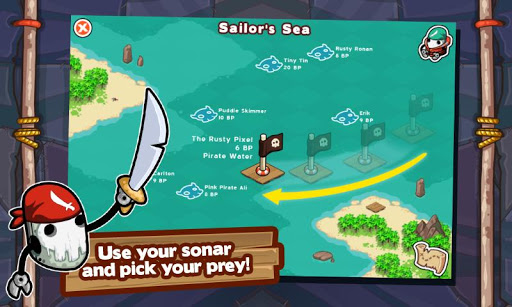 The key is to game is to collect resources, which you do by diving and attacking others to get more. You start off in one area with a single raft. Here you can progress to level 15. To go any further you need to kill the boss and then you can move to another area. This is a game that will take some time but it is very easy to figure out. I find myself playing a few times a day. The graphics and characters in the game are neat and I have enjoyed playing very much. There is a safe area you can dock if you are away and do not want to get attacked. When you are attacked, you can use resources to rebuild what was destroyed so you do not have to start all over.

Sea Empire is a neat little real time strategy game that I had tried a while back and decided to give it another shot. This is actually one of three Sea Empire games from BluePlop. All are similar in game play. The game has three main sections: Campaign where you have to complete a number of games in certain order; Single Map, where there is a tutorial map and then a variety of other maps each with different objectives and layouts; and finally Random Map, you can generate a custom map based on a number of factors you choose. 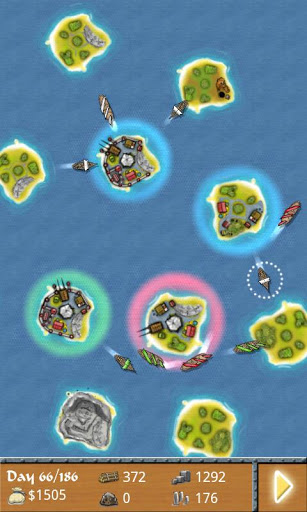 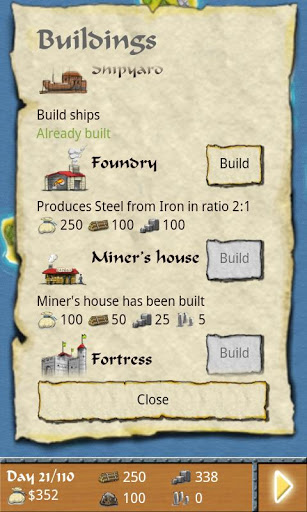 The game plays from a top down view. You will need to send your ship to different islands to collect the needed resources to build more ships and buildings. On one of the islands you will build a storehouse for your resources. Once that is built, then you can look into constructing other buildings such as marketplace, shipyard, foundry, miner’s house, and a fortress. Most of the games you will be racing against time, trying to beat your opponent or having to complete an objective within a certain amount of game. Sea Empire is a fun little game and one for those that enjoy strategy more than combat.