Gamevil has launched a new game onto Google Play called Spawn Wars 2, one of the few games the folks overs at Gamevil were teasing over on our forums for the last couple of days. Spawn Wars 2 is a strategy combat type of game but with a bit more deeper gameplay than most tend to come with.

While in the grand scheme of things, players will control their forces of human cells as you work your way from having the smallest to the largest army of human cells. You will use your cells to coordinate attacks on other cell bases, taking them over by killing off all of the enemy cells. You will also have to defend your bases from attack as well as offer support where it is needed. 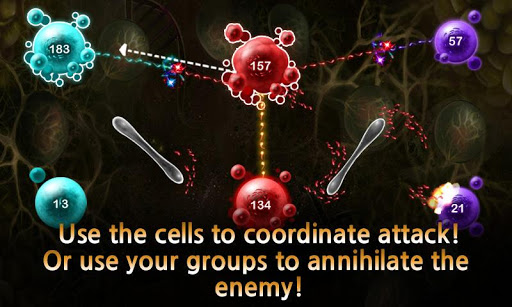 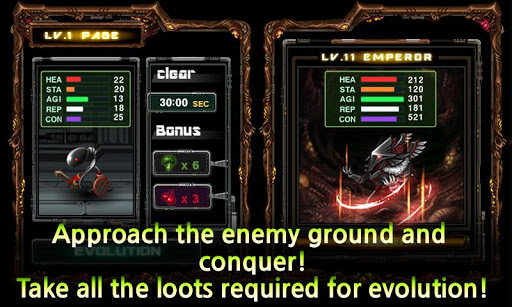 – SIMPLE TOUCH AND DRAG GAMEPLAY: Yes, it’s that simple!
– PROGRESSIVE LEVEL DIFFICULTY: With 100 stages and amplified efforts into balanced difficulty progression of the levels, users will surely find it addictive.
– DIVERSE STRATEGIC ENVIRONMENTS: Varying environments add depth to the game allowing for creative strategies.
– SPECIAL BONUS LEVELS: Control your Hero in action combat to earn rewards in the special bonus levels.
– HAPPY ENDING: Solve through all of the puzzles in your journey to create life.

While there are plenty of stages to work your way through, the bonus levels are where this game gets interesting. Players will be able to control their heroes and take part in a more action-based style of combat. This hero of yours can also evolve into a stronger character with the more wins in combat he gets. 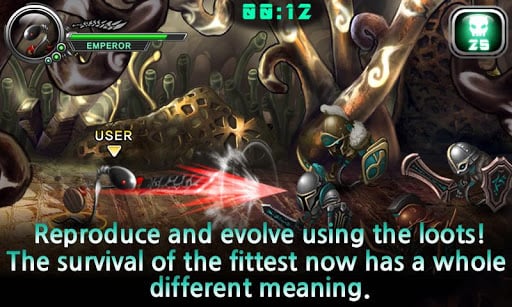 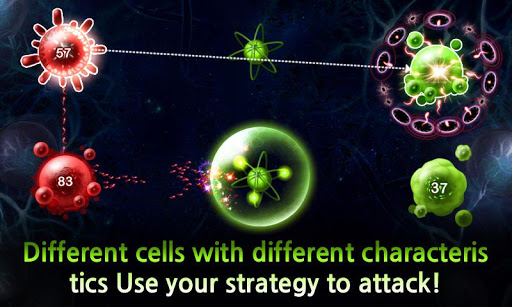 If you happen to be looking for something in the strategy action style of gaming but happen to be in the mood for something a little different, you might want to check out Spawn Wars 2. You can download a copy off of Google Play for free. Now we just have to wait for the other games Gamevil has been teasing us with on our forums.