Amazon is getting ready to spread their wings a little bit more than normal and have announced that they will be offering up their 8.9″ Kindle Fire HD through AT&T later this week. The 8.9″ Kindle Fire HD will actually be at a somewhat reasonable price as well. Of course that is with you signing a 2-year contract of course.

Signing up for a 2-year contract isn’t necessary though if you want to pick one of these tablets up. It will save you about $150 off of the regular price which happens to be $399. With a 2-year contract that price goes down to $250. 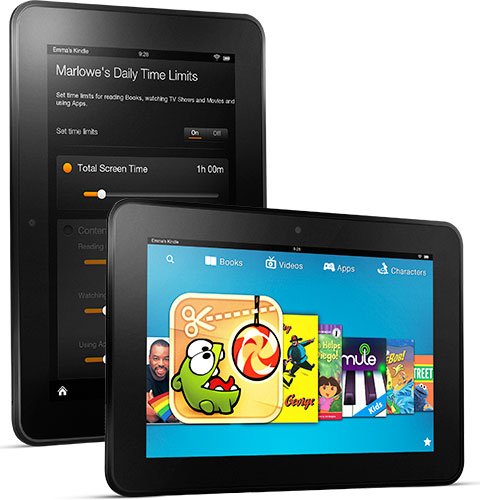 For those of you curious about the specs for this tablets, the Kindle Fire HD 8.9″ tablet runs at 1920×1200 HD resolution, comes with Dolby audio and dual stereo speakers, 1.5Ghz dual-core ARM Cortex-A9 processor with a PowerVR 3D graphics core, 16GB of storage, and 4G LTE. The 32GB and 64GB models will also be available but for a higher price of course.

Granted to save yourself from being locked into a contract you can just buy the tablet outright over on Amazon since they are still reasonably priced off-contract as well. If you want to go with the AT&T deal though, you can do so starting April 5th.