Elves Quest allows you to have a homebase that is situated on top of your real-life house or location, but other than that it really doesn’t do anything that creates a feeling of augmented reality. What is there to do in the game? Well, there are a few activities, but I am failing to see why it was necessary to use a real-life map as a backdrop for the game. Let me explain.

When I am in game, the first thing I might do is scan my area. A scan will show me where an important item is buried, so then I will teleport to that general area. Once there, I will start to dig by using a sort of “warmer, colder, warmer” system that just ends up creating a lot of messy holes on the screen. Sure, I am able to hit pay dirt eventually but the items I have been finding are either non-usable or just junky. Another issue is that I had to use my stylus on my Galaxy Note in order to poke the tiny areas needed to dig, so I can only imagine the frustration a player would feel when using just her finger. Sometimes a scan shows an enemy monster, so I normally travel to its location and start a fight. 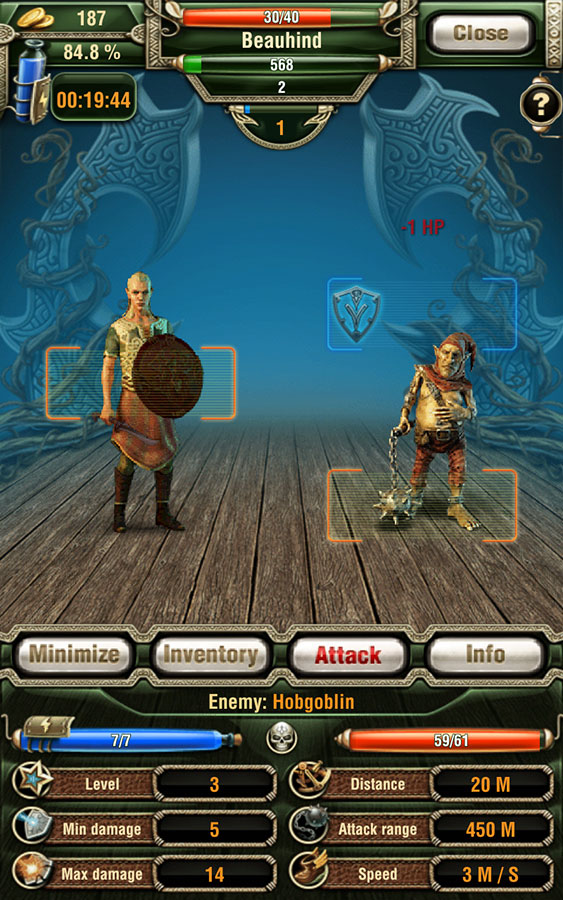 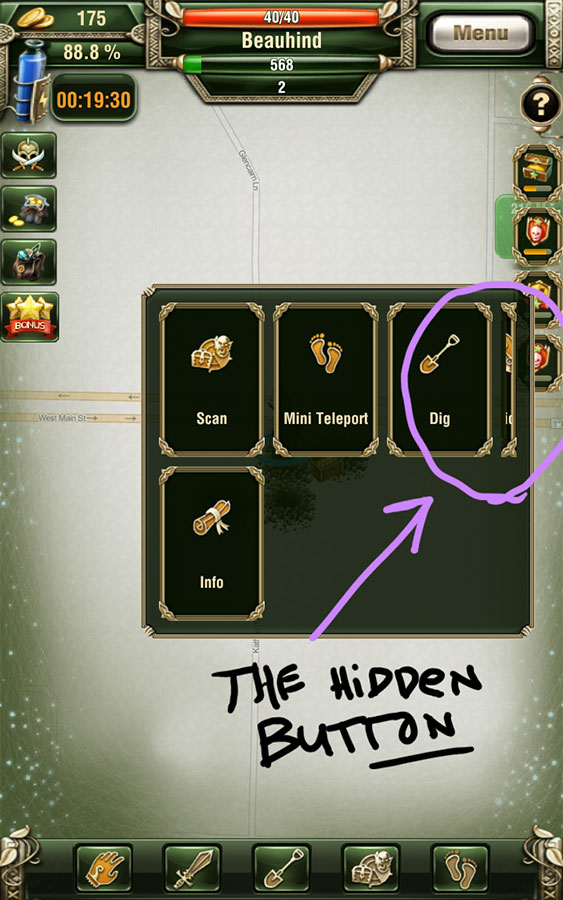 Fighting is interesting in concept but a bit boring. The animations are sluggish and primitive, but I like the fact that you have to plan where you will hit the monster in order to cause the most damage. If you are attacked by multiple monsters at the same time, however, it appears that you can only see one on the screen at a time. Meanwhile, the other monster is busily shooting magical whatsits at your character, causing you to spam the attack button in the hopes of making it out alive. If you press the attack button too early, a warning sign pops up right in front of the action, covering vital parts of the screen. That warning sign needs to go away, become smaller or move to the lower or upper area of the play field.

I was told by the developer that other players — elves — can find the stuff you dig up and grab it before you do. This shines a light on one of the most prominent issues with ARGs, and that is their dependence on real-world populations. Sure, if I lived in downtown New York City I could envision an exciting series of battles with other players, but living in anything smaller than a metropolis means that you will usually be playing alone. I literally never saw another player in the entire time I played this game. There is no chat, either, and no way to alleviate the loneliness. 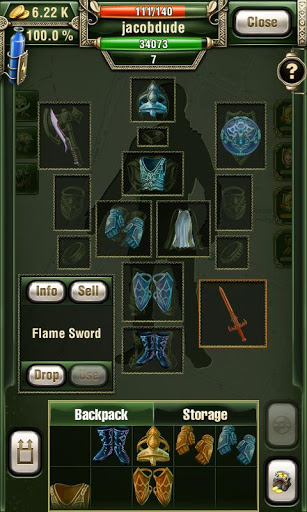 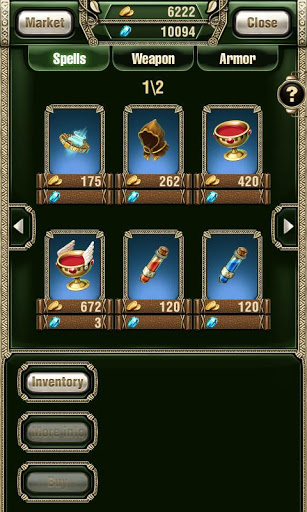 Elves Quest is not a bad game, really, it’s just a bit too slow and is not very fun. The reality-based play is really not that exciting and is not even really needed. ARGs are supposed to make you feel as though you are surrounded by monsters, as though your backyard is actually populated by monsters that no one else can see unless they have your special device (your phone.) Most of the time, however, ARGs don’t concentrate enough on the smaller scale of your location and are too reliant on other players. If you do not have those others around you or if the game does not allow players to travel to areas outside of their small town, the game feels empty and boring.

The game features a few odd bugs, as well, like one that pushes buttons off of the screen so that I had to use the tip of my stylus to touch them. This always happens when I was grabbing some bit of treasure. Mostly, though, the game works as intended. Elves Quest is on a good path, though. With some tweaks to performance and a bit more to do besides dig, dig, dig, fight, dig, dig, dig and fight, then the game might really start to shine.