For those of you who can’t get enough Angry Birds games in your life, you will be happy to know that there is yet another one heading our way soon. However this particular Angry Birds game already exists but on Facebook instead of mobile, that is until now of course. Rovio has announced that Angry Birds Friends will be making its way to Android and iOS devices in the near future.

So what is Angry Birds Friends? Originally it was supposed to be a Facebook exclusive game but for some reason Rovio has decided that Android and iOS users need another Angry Birds game on their devices. Unlike the current Angry Birds games on mobile where the goal is to get three stars on each level and beat your own high scores, Angry Birds Friends has players competing against their friends on Facebook, trying to beat their scores instead. 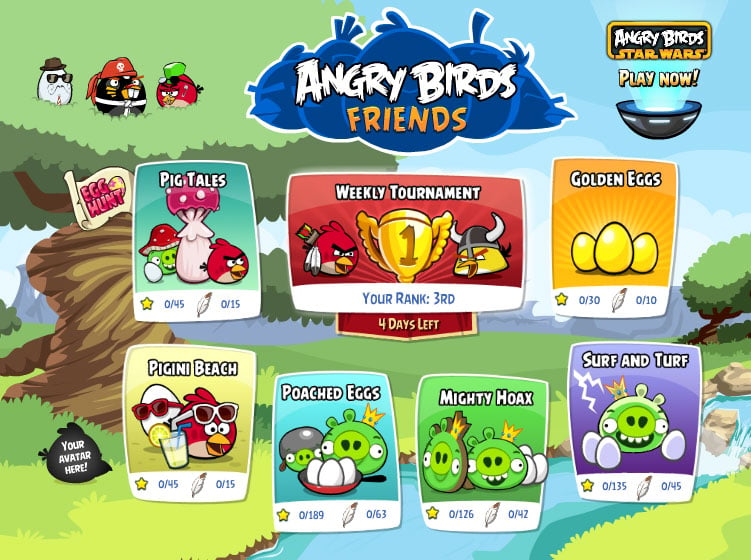 As to when this new Angry Birds game will invade mobile devices, no exact release date has been announced just yet but you can be sure it shouldn’t be too long of a wait.