Tablets can be purchased for your heroes and essentially what they do is add a strong passive effect to all of your matches. The type of boost you receive will depend on the type of Tablet you purchase for your hero. You can have up to three Tablets purchased at a time no matter how many heroes you have, so selecting ones that benefit you across multiple characters is something to consider. 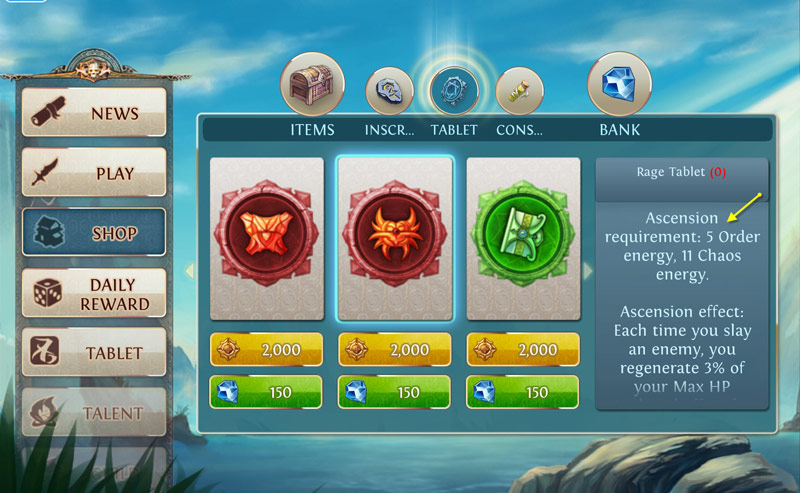 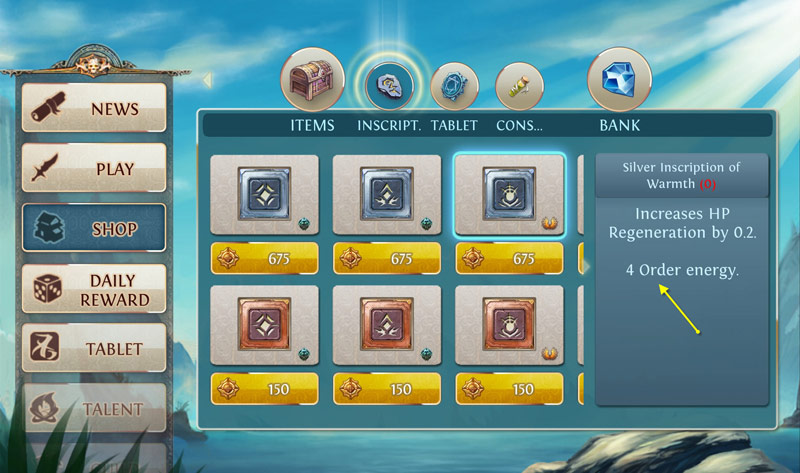 Before running off to grab a Tablet though you will need it to ascend, or basically evolve, into an active Tablet. This is done with Inscriptions which are purchased using a certain amount of Order energy points and Chaos energy points. The Inscriptions will in turn eventually ascend your Tablet and the effect it will have on your matches depends on the Inscriptions used on it.

Aside from that rather complex sounding new feature, Gameloft has added a slew of other things to Heroes of Order & Chaos as well. The Savage Princess Akatru has finally been added to the Android version. This is the same hero we talked about back in February 2013 but for whatever reason Android never received her.

A lot of other tweaks have happened as well including the matchmaking speed and process has been improved, better online stability, Emblem rewards have been increased for PvP, Co-op and Custom games and new options to adjust graphical quality in the options menu. Lastly, there has been a re-balancing of hero skills for some of the current heroes in-game.

While the update says April 5th on the game’s Google Play listing, the official announcement over on the Heroes of Order & Chaos forms happened today.