If you nab the update then you will be treated to these 20 new levels that you’ll be running through. In addition to the new levels, there are two new sections added to Rayman Jungle Run where you will be pursued by either a floating pirate ship or a really angry giant red plant, depending on which section you want to take on. 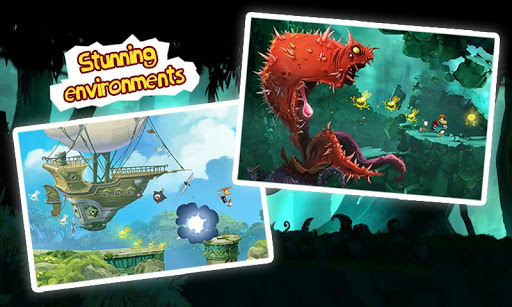 Lastly, there are two new Land of the Livid Dead levels available for a little extra challenge for you pro players out there. Overall this new update is both fun and challenging and is available off of Google Play right now. You can also check out some of the new content ahead of time in the new trailer below for this update.