Gameloft has decided to show off one of the available suits that will be available in their upcoming Iron Man 3 game, slated for release onto Android on April 25th. The continuous flying and combat style game will bring Iron Man to Android devices, challenging players to last as long as possible while flying through city landscapes and such while shooting down enemies. 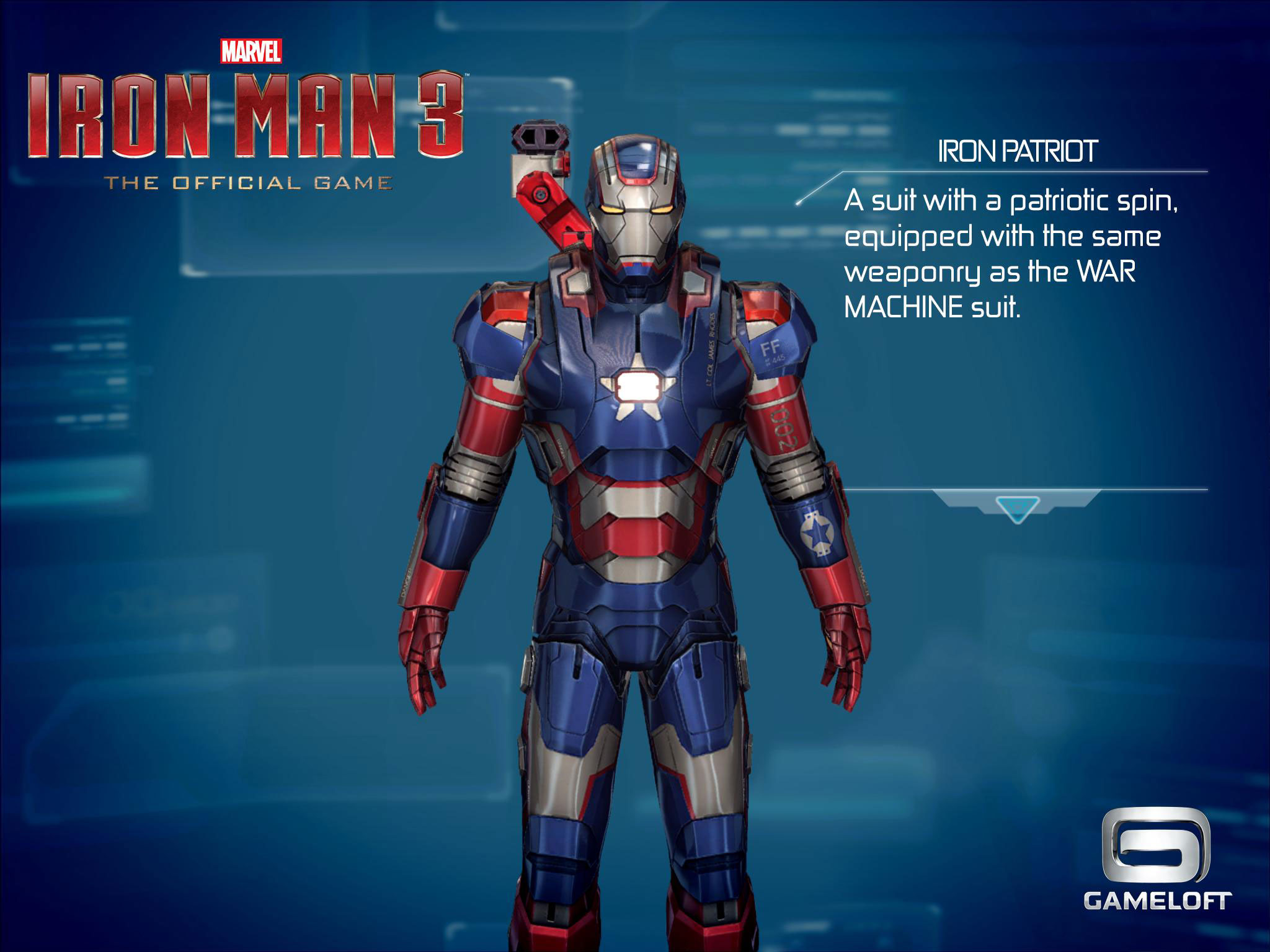 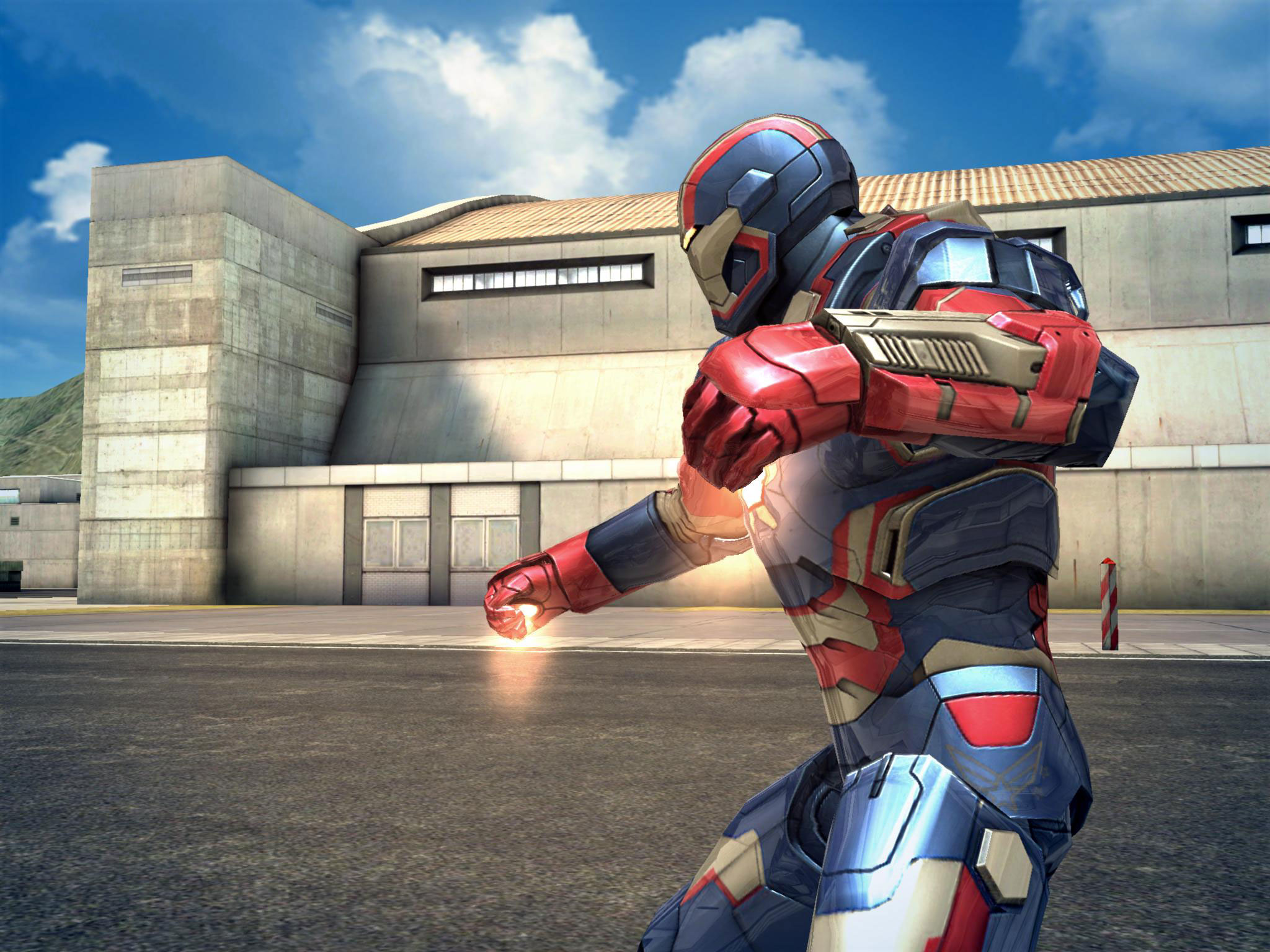 Apparently this upcoming game will also have different suits players can buy such as the Iron Patriot suit in the images above. These suits, from the sounds of things, will have different weaponry available from the Stark’s catalog of fine weapons. This has yet to be confirmed but that is what the word going on right now sounds like.