I Am Vegend: Zombieggedon makes its way back onto Google Play finally

One game we originally talked about back in our third installment of our Under the Radar series (which we will be picking back up shortly) is I Am Vegend: Zombieggedon. This game originally came out back in January 2013 but was unfortunatly pulled from Google Play a few weeks later for whatever particular reason that may be. Well for those of you who didn’t get a chance to snatch this game up back then, I Am Vegend is now back on Google Play for download.

For those of you who haven’t played this game yet, I Am Vegend is kind of a spoof of other popular mobile games. Monsters have band together to destroy all the plants in the world and you need to stop them. This is done by shooting them with whatever you can find to shoot at them and there is plenty of that available. 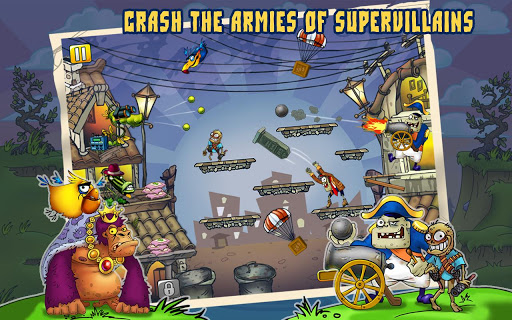 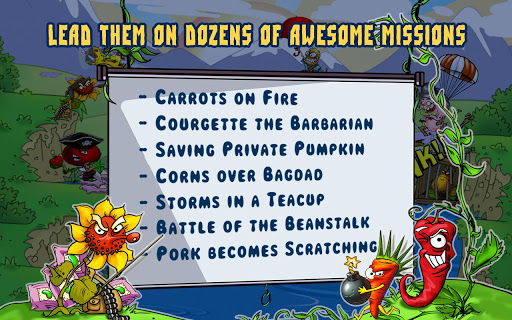 • 11 superfighters, each with a unique fighting style (and potential for development!)
• A host of enemies endowed with various abilities (any resemblance to famous persons is entirely coincidental 🙂
• 45 fascinating missions: base defense, hostage rescue, carpet bombing, etc. (we won’t leek [gettit?] any more secrets for fear of spoiling your pleasure!)
• Elementary controls – you shoot where you tap!
• And if that doesn’t fill your boots – for afters we got screwby bonuses and SUPER BOSSES!

All in all I Am Vegend is quite the fun and enjoyable game with plenty of humor wrapped up under one title. If you haven’t had a chance to play it, you probably should. It will cost you a whole lot of nothing to download and play the game.

Google Play Link: I Am Vegend

Forum Discussion: I Am Vegend Thread