Over the past couple of weeks right up until two days ago we have been talking on and off about a new digital version of a classic board game that would be heading to Android today. Developed by Thumbstar Games, the digital version of Talisman has arrived onto Google Play and is waiting for you to kill monsters and capture the Crown of Command.

Officially titled Talisman Prologue HD, this particular board game is based off of the actual board game called Talisman from Games Workshop. This board game is a little different than most other board games and that is because it will always be different each time you play it and the game relies heavily on having good luck with the cards you draw. Players will start at the edge of the playing field and need to work their way to the center and hopefully capturing the Crown of Command. 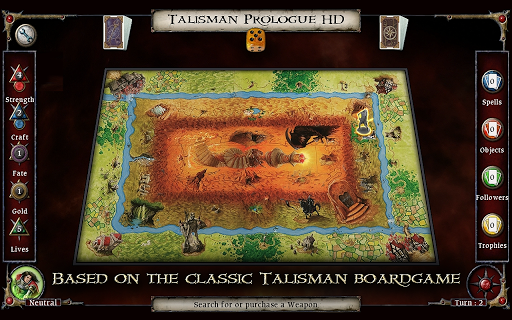 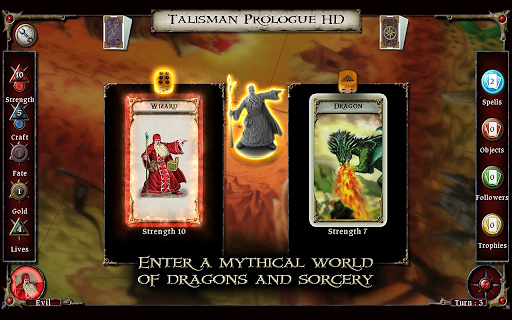 • Based on the Talisman board game | true to the original
• Classic board gaming on the move | fun brief sessions anytime, anywhere
• Single player play* | explore the land of Talisman
• 10 classic board game characters | experience Talisman coming to life
• 50 quests to play through | hours of gameplay to enjoy
• Original soundtrack | enjoy the sounds of Talisman

For those of you who have played the original game, Talisman Prologue HD uses the 4th edition rule set of the actual board game itself. Since this game is based off of the cards drawn each turn, what monsters you face, what gear you find and how successful each turn you are relies a lot of drawing the right cards. This also means the game changes each time you play it since drawing cards is randomized each time. So just because you fought a particular monster on a particular space and got an item for it doesn’t mean it’ll happen the same way next time you play it. 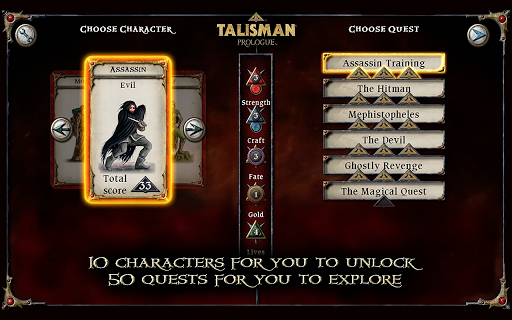 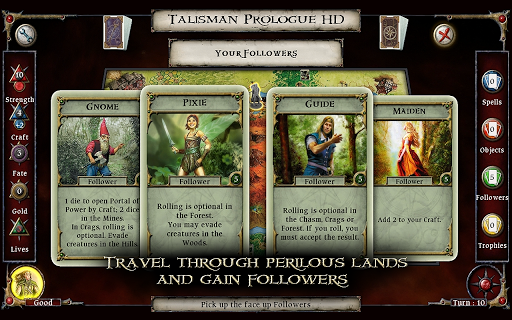 If you have been waiting for Talisman Prologue HD to arrive on Android since we first talked about it, the wait is finally over and you are now able to download the game off of Google Play for $4.99. While the initial release contains only single player content, multiplayer is slated for release in an upcoming update this Summer.