Melesta Studios is responsible for the rather enjoyable Toy Defense tower defense game on Android right now and the company has just released a sequel onto iOS, appropriately named Toy Defense 2. Melesta Studios plans to bring this sequel over to Android in the near future as well.

While keeping true to the same game mechanics that made the original game quite fun, Toy Defense 2 will feature 72 levels for players to work their way through. Levels are divided into map pack, with a total of three currently available, with each map pack themed around a specific battle that took place in Europe during World War II. 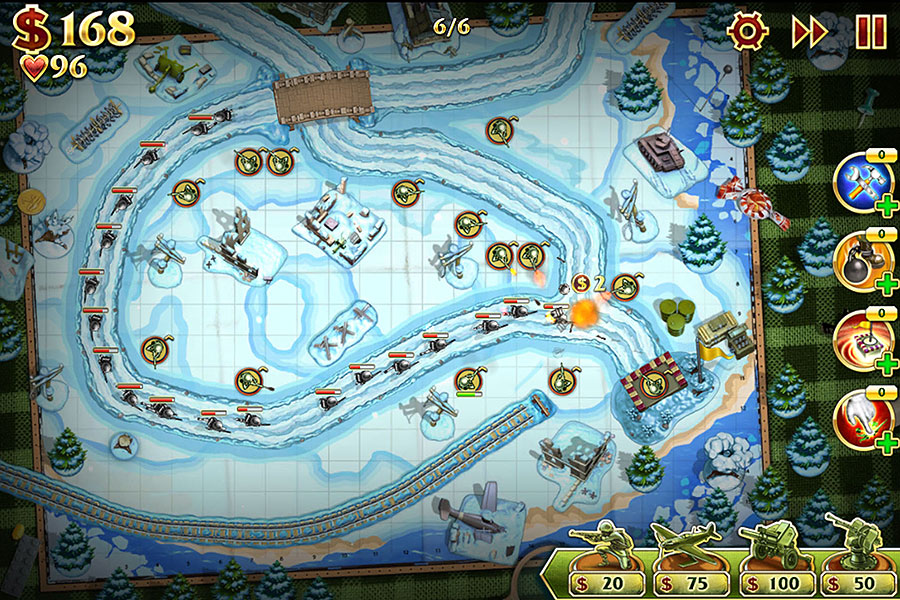 There are four unit types that players can use (rifleman, artillery, anti-aircraft and air interceptors), each with their own dedicated zoning to add a bit extra challenge to the game. It gets even more challenging when you realize that if a unit of yours is destroyed, you won’t be able to use the location it was in again. So strategic placement is key when it comes to this sequel.

Even though that seems like a lot of restrictions to deal with, each unit has a six tier upgrade tree that can be utilized when upgrading your units, offering more variety to each base unit. New units, upgrades and repairs can be done using the money that you earn with each enemy kill that you make. While Toy Defense 2 will be a paid game, there will be the optional IAPs where you can spend real money on a secondary currency in the game to speed things along when it comes to unlocking upgrades.

As for when Toy Defense 2 will launch on Android, all we know is that it is coming soon.