With the original released date for Leviathan: Warships being April 30th, Paradox Interactive happens to be a few days late in bringing their naval action strategy game over to Android. Thankfully we’ve had that rather funny trailer they released recently to tide us over till now.

However, as funny as that trailer is, nothing beats playing the actual game and now you can do so. For those of you who missed our previous coverage of Leviathan: Warships, this game is set in a fictional world where three factions are fighting it out for control of the world’s waterways. The Commonwealth, The Marauders and The Elites are the three faction that are all about controlling the ocean and eliminating the enemy. 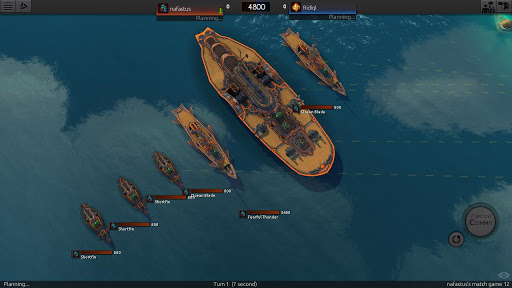 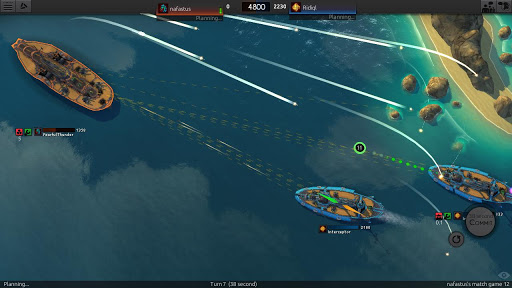 – Turn-based gameplay enables you to take your time to plan your moves – Build and Customize your own personal warships, featuring up to 11 ship and 16 weapon types
– 3 different factions: Commonwealth, Marauders and Elites
– Cross-platform play across PC, Mac, iPad and Android devices
– Five Challenge missions that can be played with up to 3 other players
– Co-op campaign spanning 9 missions which can be played with up to 3 other players
– Face your friends and foes in multiplayer skirmishes across 14 maps
– Cloud saving ensures the possibility for you to continue your sessions from any computer, tablet or location
– Save replays of your battles and use them to improve your tactical skills for the future

Players will be able to plot out their entire turn before anything actually happen. Then, once you finish doing that, you’ll be able to watch the battle unfold until it is time once against to plot out your next moves. You’ll also have plenty of weapons at your disposal including fun things like lasers to shoot your enemies with.

If you’ve been waiting to get your hands on this game, especially after that trailer we posted which you can view above, you can now download Leviathan: Warships off of Google Play for $4.88. You will need to own a compatible tablet in order to play this game though.