Today PopCap has released new details and a new trailer regarding the upcoming sequel for their rather popular game Plants vs Zombies. Officially titled Plants vs Zombies 2: It’s About Time, the original trailer for the game featured a bunch of people complaining that it is about time that the sequel is finally getting released. In truth, the “It’s About Time” slogan is a good play on words since Plants vs Zombies 2 will feature different locations around the world during different time periods.

Current locations already confirmed are Ancient Egypt, Pirate Seas and the Wild West but that certainly isn’t the whole list of locations, only the ones PopCap has revealed so far. The layout of the game is still pretty much the same as the original, with your plants on one side of the playing field and different types of zombies coming at you from the opposite side that you need to stop. 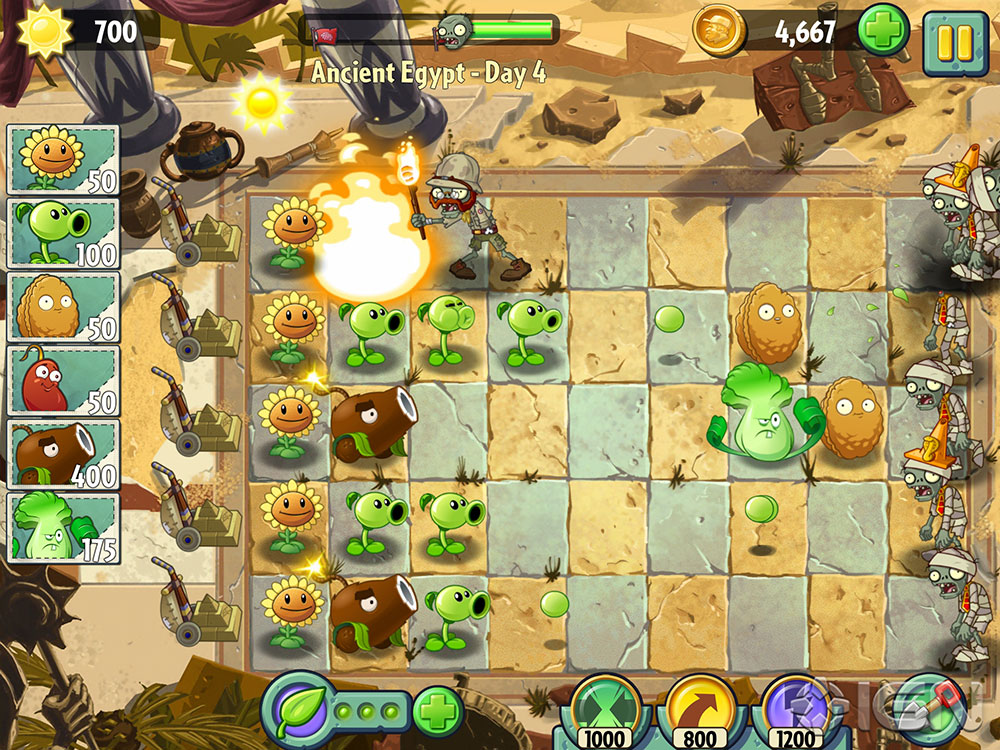 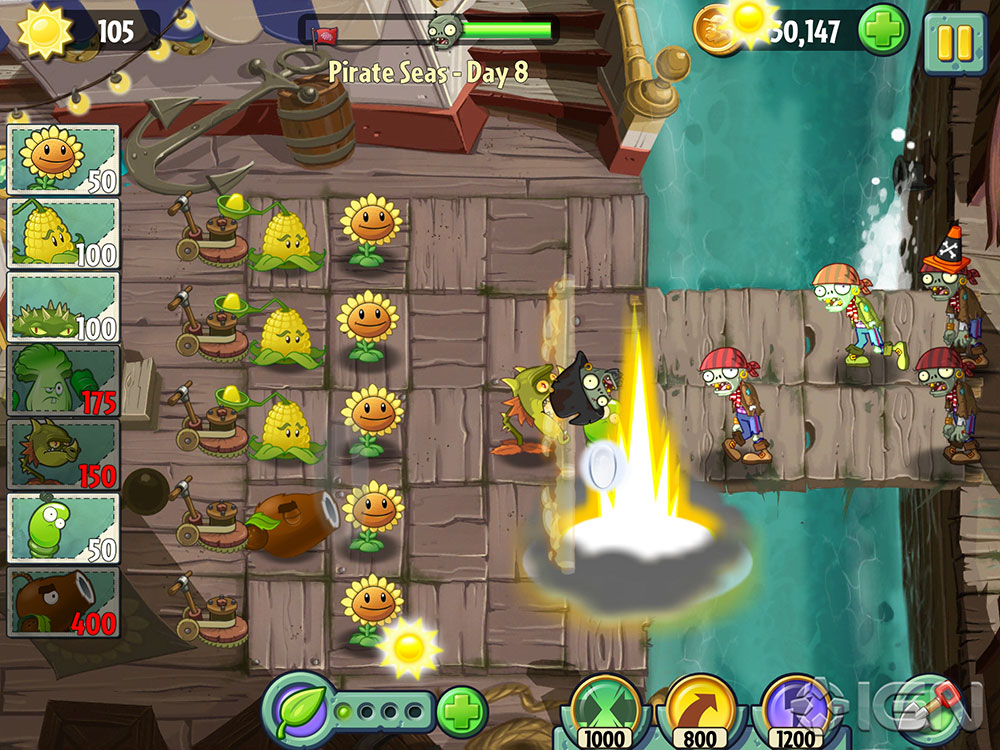 With a new game and new theme to the game comes new plants and zombies to deal with. However there is one new major gameplay element added to this sequel and that is a new touchscreen power-up feature that lets you directly interact with the zombies in a variety of ways depending on the power-up you unleash. Our favorite redneck merchant Crazy Dave is also making his way back into the new sequel as well.

Interestingly enough there also happens to be speculation circulating around that last week’s humorous image of Grass Effect, a Plants vs Zombies and Mass Effect cross-over EA posted on Twitter in referenced to the upcoming E3 2013, may actually have some validity to it and could actually happen in some form. However definitely take that with a grain of salt as it could simply be a promo image that means EA is showing off Plants vs Zombies 2 and a new Mass Effect game at E3.

So when can you get your hands on Plants vs Zombies 2: It’s About Time? Unfortunately this is where the news becomes a bit of a double-edged sword. Right now the only release date announced is that for the iOS version which is arriving on July 18th, 2013. It will be a temporary exclusive with the PC and Mac version coming shortly after the iOS release once the exclusive ends. As for Android, no mention as to when it would arrive just yet.

When Plants vs Zombies 2: It’s About Time does arrive though it will be a free-to-play title with optional in-game purchases for extra amounts of the new power-ups. PopCap does mention that everyone will be able to access every level and every zombie and plant without paying a cent.