Bulkypix has released a new game onto Google Play today called Twin Blades where you will be able to play as a bad ass nun in the medieval times who is out to rid the world of all the undead evil that happens to have recently spawned. Even though this is set in the medieval period, you miraculously have a wide range of firearms at your disposal to eliminate all of these evil monsters and undead creatures from existence.

You’ll have to take your nun through a variety of locations such as the city market and cemetery, armed with your weapon of choice at the time, and begin purging the world of the evil that is now wandering around killing everything. Visually Twin Blades features Manga-style graphics which is a bit different from what we have seen from Bulkypix in the past. 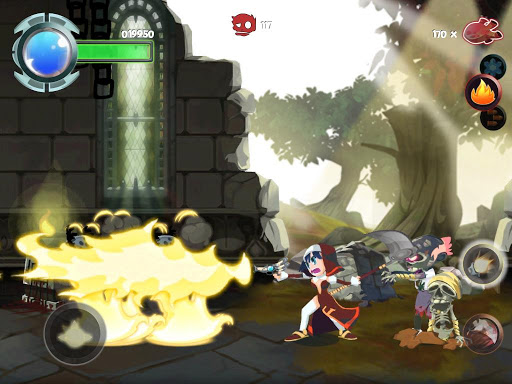 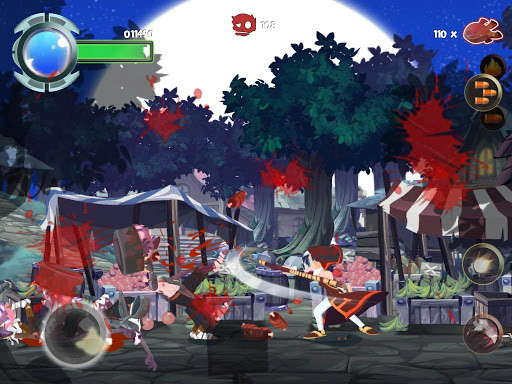 – 6 range weapons ranging from machinegun to explosive nukes.
– Upgradable skills for your character which can be bought and trained.
– An immersive storyline with epic boss encounters!
– Different kind of zombies behaviors, shake your device to get rid of grabbers!
– 10 exclusive new environments discoverable at different times of the day or night

For a monster/zombie killing game, most of the features are pretty standard including the upgradable weapons. However, there are a couple of unique features to this game such as having to shake your device to get rid of any monster who happens to be clinging to you. Players will also be able to discover new locations to fight their way through but that is dependent on what time of day it is.

If you’re up for fulfilling your dream of being a nun and killing monsters, you can pick up Twin Blades off of Google Play for $2.99.