Bolt Creative’s Pocket God game is a very popular title across a variety of platforms already. Well the company is planning on expanding the Pocket God franchise with a new spin-off game called Ooga Jump which, as you are probably guessing from the name, is one of those continuous jumping games.

With that said, your goal in Ooga Jump is to get as high as you can and in doing so building up your total points score in the process. The game itself stars one of the primitive looking characters from their Pocket God game, who you will be controlling, as you try to make you way up as high as you can. 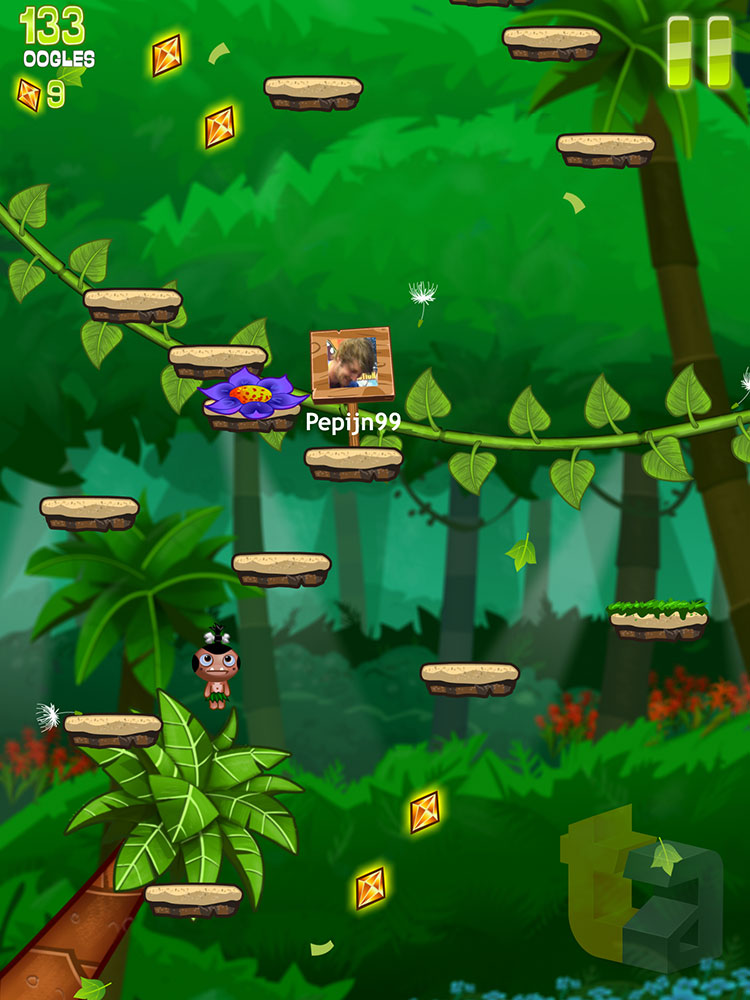 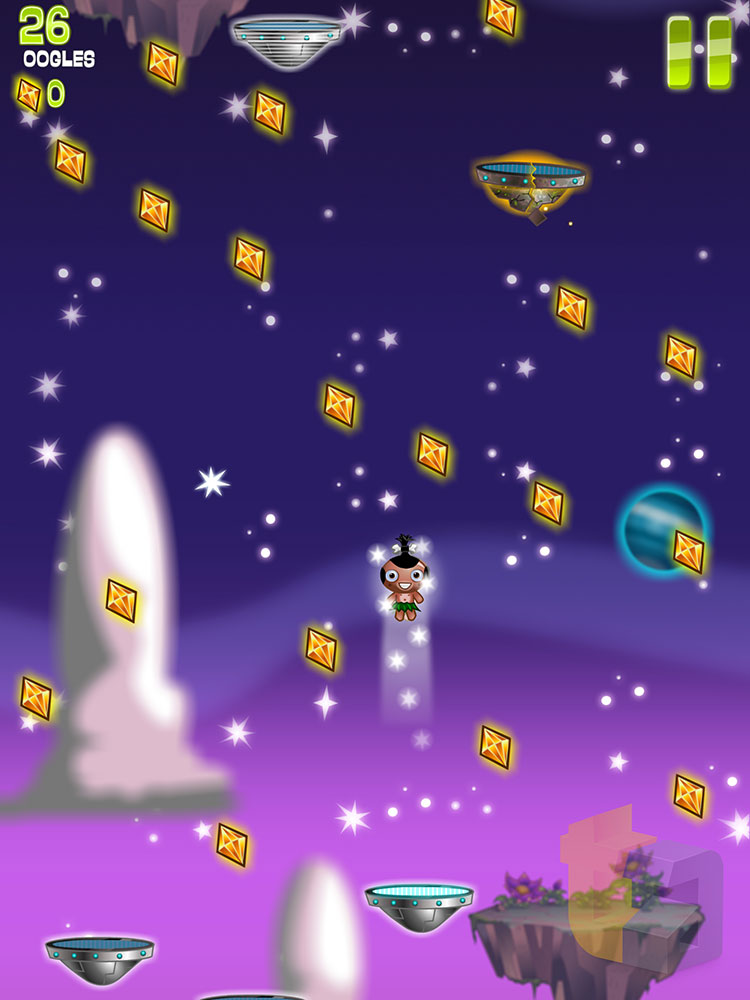 While Bolt Creative is keeping a fair amount of the details hush hush right now, we do know that there will be at least three environments to jump your way through: Underworld, Space and Jungle. There also will be social aspects to the game where you can try and beat your friends high-scores which are labeled in the game with a picture of them at the highest place they have made it so far.

Of course there will be plenty of hazards to avoid and deal with along the way and gold looking gem-like shapes to collect as well. Will there be IAPs in this game? We don’t know that just yet nor do we have any sort of release date either. However, we do have a few screenshots you can check out in the meantime.