Butterscotch Shenanigans have released their second game onto Google Play called Quadropus Rampage, a game we’ve talked about a couple of times in the past including why the company would be releasing it for free. As they are calling it, this game is an endless roguelike action-rpg brawler which is a hell of a lot of genres wrapped into one title.

The goal of the game is to reach the bottom of the ocean and kill the evil god who happens to go by the name Pete. You have to accomplish this before Pete’s army takes over the ocean and life as you know it because not so fun. 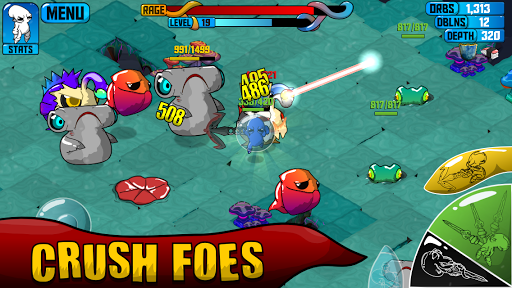 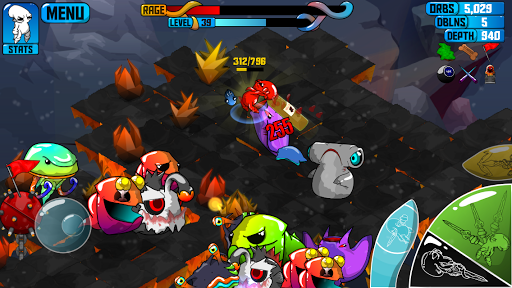 • Perfect fusion of roguelike and brawler – Hit enemies in their stupid faces
• Endless Gameplay – Randomly generated weapons, levels, and enemies that keep the action fresh until you die from thumb exhaustion
• Intuitive, fast-paced combat – Easy to learn, difficult to master. Dodge, block, stab, smash, and spin your way to victory!
• Five epic boss fights – Pursue Pete into the depths and bludgeon his mouth off
• Mastery system – 23 achievements with gameplay altering rewards
• Artifacts – Unearth 39 treasures that let you shoot lasers out of your face or turn your pet starfish into an explosive boomerang
• Extensive upgrade tracks – Invest orbs in your quadropus to make him stronger
• Hilarious Characters – Break your ribs from intense chuckling
• Google Play Game Services (for Android 4.0 and up) – Show your friends who’s the neck-slappingest Quadropus
• Xperia Play support – Because WHY NOT? (Buttons only, no joypads yet)

Since this is a roguelike game, each time you play through it will always be different. There also happens to be plenty of extra content to find including achievements and artifact to uncover. If you’re ready to jump into an endless brawler, you can download Quadropus Rampage off of Google Play for free and yes it does have option IAPs.