NimbleBit’s Pocket Planes game that was released onto DeNA’s Mobage platform was apparently at one point going to be a game about trains called Pocket Trains. Somehow, along the way, the trains grew some wings and the trains ended up becoming planes instead. Well it looks like those trains may be coming back and heading our way in the near future.

So why did the trains end up becoming planes? According to NimbleBit’s David Marsh, “The reason we switched to planes was because having to travel along the rail routes felt really limiting, kind of went against the feeling of open exploration and travel we were going for”. Of course that was then and this is now and recently Ian Marsh posted a few screenshots of Pocket Trains on Twitter indicating the game is on its way. 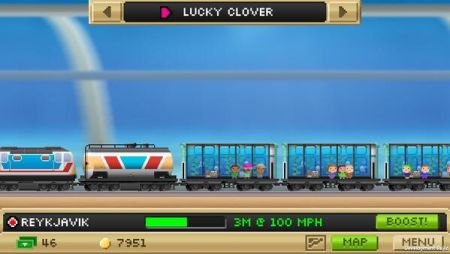 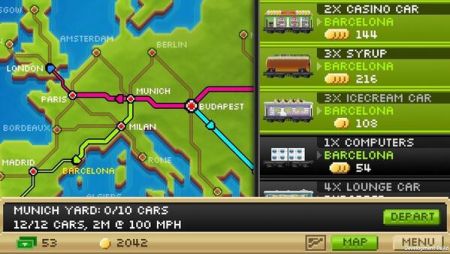 All we know regarding Pocket Trains is what we can see in the screenshots. It looks like there will be plenty of railroad management going on in terms of transporting cargo and the types of cargo that will be on the trains. Other than that, we don’t know a whole lot about Pocket Trains including when it will be available if it even makes it to Android at all. Considering their past titles are available, it is a safe bet that Pocket Trains will make it as well.