Rovio partners with Hasbro, teases Angry Birds Go! and will be upgrading the red bird

Over the last few days Rovio has been pumping out the news over a variety of topics ranging from a new expanded licensing agreement with Hasbro to teasing a new Angry Birds game called Angry Birds Go!. What this all means is that there is still plenty of the Angry Birds franchise coming our way.

Rovio and Hasbro have agreed to an expanded licensing agreement according to the Boston Globe which will make Hasbro the premier maker of toys and physical games for the Angry Bird franchise. This includes all the current titles that are already out as well as the upcoming Angry Birds Go! game slated for release later this year. So you can expect to see a large variety of products hitting store shelves in the immediate future to either love or hate seeing everywhere you go. 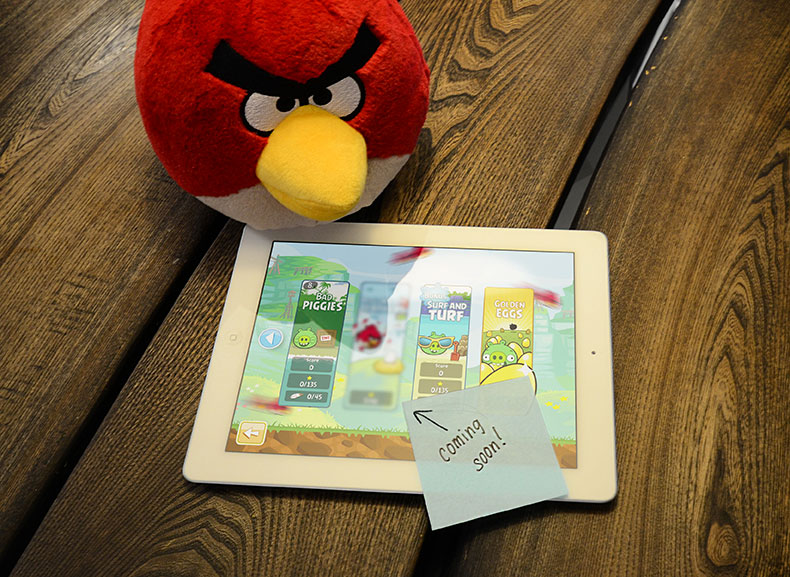 This is where the red bird stops being plain… right there.

Speaking of Angry Birds Go!, Rovio has begun teasing the next title in the Angry Birds franchise and for once it isn’t a physics-based puzzle game. Instead this new game will be a racing game that takes the disgruntled birds ‘closer to pig island than ever before’. Unfortunately details regarding this new game are pretty scarce so we don’t know a whole lot about what we can expect from this game. The game’s new micro-site doesn’t show a whole lot either and aside from the fact that this will be a racing game, we know it’ll be out at some point this year.

Moving on to the original and still the most plain of all the Angry Birds, our friend the red bird will be getting a special power soon in an upcoming update according to Rovio. The update will actually bring a new pack of levels to Angry Birds as well as an upgraded red bird with his new special power. True to Rovio’s style of teasing everyone, we have no idea what this new special power is, what the new pack of levels will be themed as (if anything) or when exactly it will arrive.