A couple of weeks ago we talked about Radiangams’ first release onto Android which was called Slydris. Also in that article we talked about the fact that they would be releasing a one game a week, bringing their iOS titles to Android. So far we have had CRUSH land on Google Play and now we have Fireball SE.

Fireball SE, or Special Edition if you like full names, is an arcade survival title where you’ll need to survival as long as you can while dodging enemy swarms that come at you. It isn’t just about dodging though as you’ll have to lead them to their deaths as well which is done by leading them towards on of the fireballls that happen to be near you. When you touch the fireball it’ll explode, killing as many of the enemies as it can that happen to be following you. 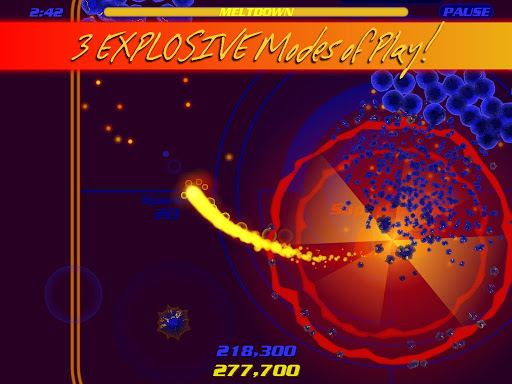 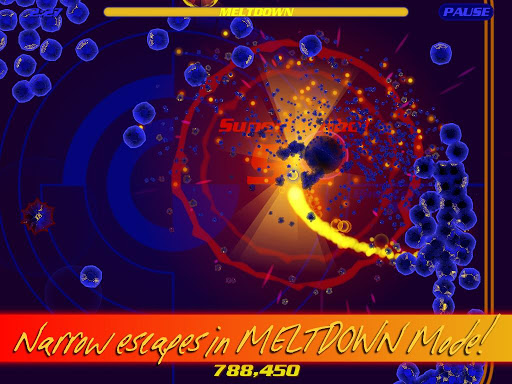 There are three different game mode to play through as well as two different difficulties. The four game modes are:

– In Waves mode, play through 8 consecutive waves of increasing size and speed.
– In Countdown mode, play 5 unique stages of 3 minutes each and try to score as high as you can with massive combos.
– In Survival mode, play 5 more stages where the goal is to stay alive as long as possible.

If you have played this game in the past on other platforms or have been looking for a cool new arcade game to play this weekend, you might want to check this one out. It’ll cost you $1.99 to download a copy of Fireball SE off of Google Play.