Radiangames is keeping up their word of releasing one of their games each week until all their titles are available on Google Play. While Bombcats was originally slated for release on June 20th, Fireball Special Edition actually took its place that day instead. So this week we get Bombcats instead, providing us with the ability to use exploding cats to save kittens.

In this game you’ll be playing as Fuzzball, and his friends, as you make your way through each stage in order to rescue the kittens trapped in each one. When you cat hits something he will explode but he won’t be dead, he’ll just be smaller. You’ll have to use this to your advantage at times if you hope to rescue kittens in hard to reach places. 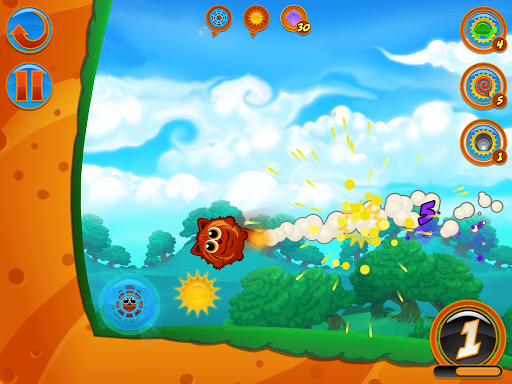 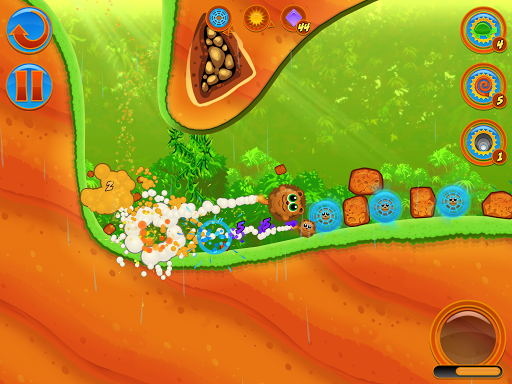 Bombcats comes with a total of 194 levels so you won’t be finishing this game in one sitting. There also happens to be four different game modes to work your way through. These game modes are:

– Kitten Rescue: Save the kittens trapped in the magic bubble cages and collect all 3 Suns.
– Time Trail: Race through 5 quick sub-levels to save the kittens as quick as possible.
– Marathon: You’ve got some extra jumps and a longer fuse, now use them to go as far as you can.
– Challenges: A new cat and layout in an old level. You’ve got limited attempts, so make each one count.

There are a total of seven different bombcats you can use, each one having their own special abilities. As you progress through the game you’ll be able to collect boosts, powers, upgrades and even different outfits for your cats.

If you’re ready to rescue some kittens while using exploding cats in the process then you might want to check Bombcats out. You can download the game off of Google Play for $2.99. For those of you who used to play this game on iOS, this means that Radiangames did drop the free-to-play business model for the Android version.