While Kemco were testing the water outside of the retro-style RPG with their last release where the game was almost completely rendered with 3D graphics, except for the map screens, the company’s newest release sticks to what they are used to, a full retro-style RPG. This particular one is called Cross Heart Arcadia.

One thing to note before getting into the details of this game, Cross Hearts Arcadia features multiple language settings and after downloading and installing this game, you may need to switch it to English. This is done through the game’s Options menu which is accessible from the title screen. With that said, most of these retro-style RPGs feature a storyline where you need to save the world but this one is actually about a journey that you will be undertaking to the Genesis Sanctuary.

The journey begins when your character, named Nirva, finds an egg when researching some ancient ruins. The egg eventually hatches into a fairy who asks you to travel with her to the Genesis Sanctuary. Your new found fairy, named Tylt, will actually evolve and grow as you progress through the game, almost like a Pokemon. She will also change appearances as she evolves but how she looks and the way she evolves depends on a variety of different factors which are based on your decisions in-game. So if you happen to play this game through a few times, your fairy will evolve differently if you make different choices with each run. 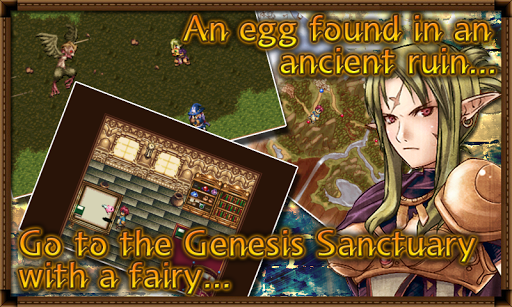 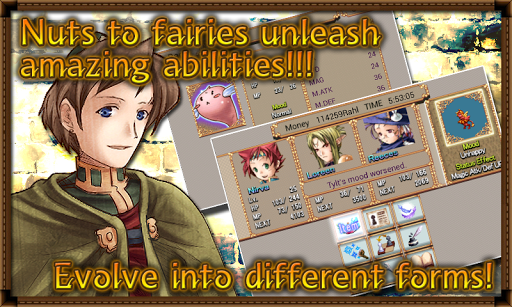 Cross Hearts Arcadia has a few other unique features such as a crafting system where you can take apart weapons to create new ones. There also happen to be special dungeons that you can work your way through in order to possibly earn the strongest gear.

While the game costs $2.99 off of Google Play, Cross Hearts Arcadia also features IAPs for a few selection items. These IAPs are completely optional but if you want to do things like check out the special dungeons, you’ll need to buy keys through the in-game store. You can complete the game without spending a single cent on IAPs though.