Vincent Belorgey who happens to be knows as the french house artist and Outrun album producer Kavinsky, will be releasing a game onto multiple mobile platforms in the near future. The game itself will also be called Kavinsky and is apparently the first game to be based off of an actual music album. However this isn’t some Rock Bands type of game and is, instead, an old school style brawler with some rather interesting features.

Players will be traveling around the rough streets of L.A., beating up on the bad guys that hang around there. When you aren’t planting your fist in a person’s face, you’ll be hoping into the Kavinsky car and racing through the streets while trying to outrun different opponents. Basically the game is a mix of semi-open world racing and ass whooping brawler from the old school generation. 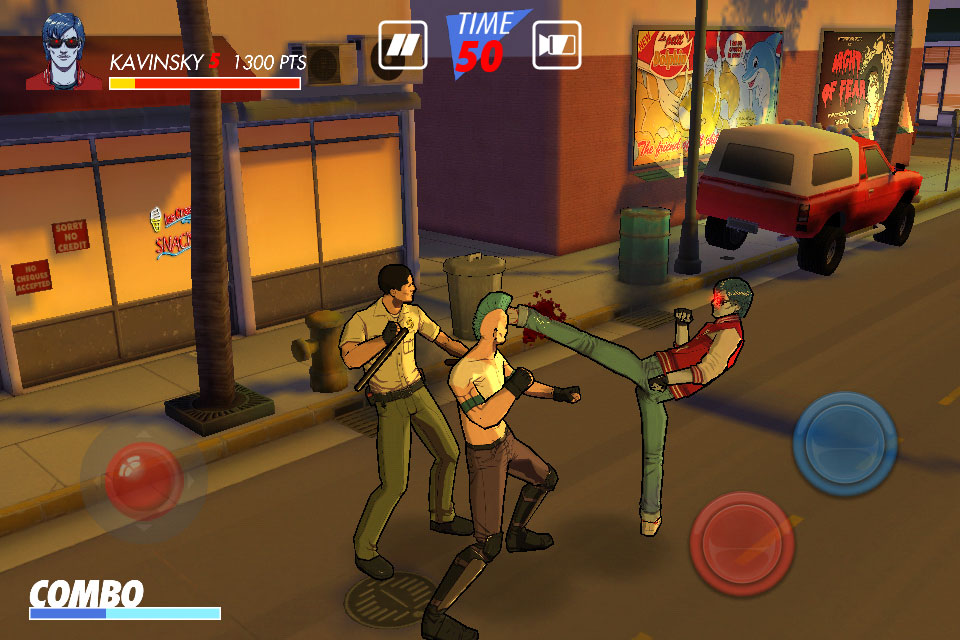 Kavinsky goes a bit further with the content with one of the other unique features that will come with the game. Using your rear-facing camera and some augmented reality technology, you’ll be able to take part of bonus levels that use the scenery you’re currently standing in in real life. Dig the fact that this is an old school brawler but wish it came with graphics to match that feeling? Well you’re in luck as there will be a ‘retro game mode’ that will switch out the visuals to retro 16-bit ones instead.

Currently Kavinsky is slated for release onto all mobile platform on July 8th, 2013. As for the price of this game, no word on that just yet. However you can check out the trailer for Kavinsky in the video belowto tide yourself over while you wait for the game’s release.