The rather popular board game from Games Workshop and Nomad Games has received its first major content update today. Talisman Prologue‘s new update brings with it six new classes to play as. With these new classes also comes new quests for each new class, so there is plenty of new content to play through.

Each new class also has their own unique skills and abilities which means playing through the game will be a bit of a different experience now should you begin playing one of the new classes. 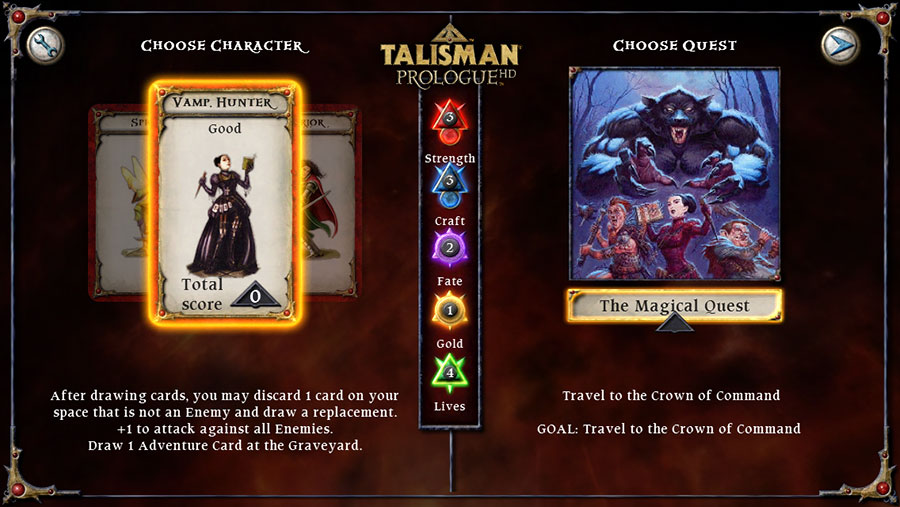 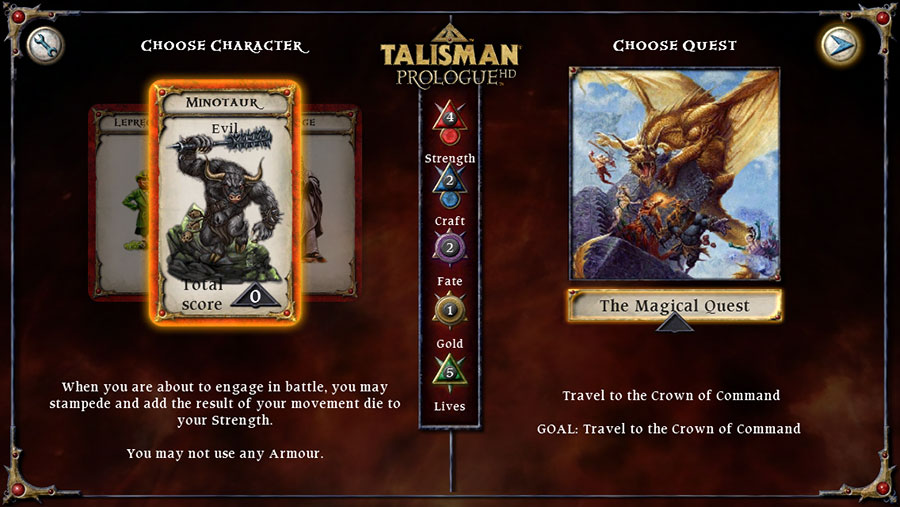 The six new classes are:

AMAZON: Brave and battle-hardened, she gets a second chance at a battle if she loses or has a stand-off, and she has more choices of movement when traveling around the board.

LEPRECHAUN: What the Leprechaun lacks in brute strength, he makes up for in the ability to raise a supply of gold quickly and his ability teleport anwhere on the board (in his current region)  on the role of a six!

MINOTAUR: This brutish powerhouse of a character stampedes around the board taking out anything in his way, being able to add his movement roll result to his Strength for any battles.

SAGE: The wise, old Sage has some interesting abilitites which make use of his higher knowledge. He can look at the top cards of the Adventure and Spell decks whenever he likes, which could affect your decision to move to a draw card space or avoid one!

SPRITE: The dainty Sprite is one of the best spell-casters in Talisman. Her small size and low Strength disguise her power and usefulness as a spell-caster. She can also evade creatures in the Woods and Forest, meaning no nasty encounters with the Forest Brigand.

VAMPIRE HUNTER: Garbed in crosses and loaded with multiple stakes and vials of holy water, the Vampire Hunter is ready for business, and her business is to hunt the spawn of Evil that prowl the realm by night. Because vampires and spirits are as likely to engage in deadly psychic combats as they are in battles, the Vampire Hunter balances her training between both of them, making her one of the most balanced and lethal among the game’s hunters.

For those of you who play Talisman Prologue HD, the update is now available on Google Play for download. Now all we need is that multiplayer update to arrive.