Iesabel is a new hack n’ slash RPG from Forever Entertainment where players will set out to save the world from the forces of darkness. While the overall goal may be one of those ‘save the world’ type of goals, the storyline is actually pretty good so far and the action is plentiful. One feature that sets this game apart from other titles in this genre is the fact that the co-op multiplayer mode can have up to an additional seven people in your group.

Of course you can also play the game solo as well in the actual single players mode. Either way there will be a ton of monsters to kill and just as much loot to find and use. loot is broken down into four categories: Normal, Unique, Epic and Legendary.  There is also plenty of skills to unlock, learn and use as you progress through the game. 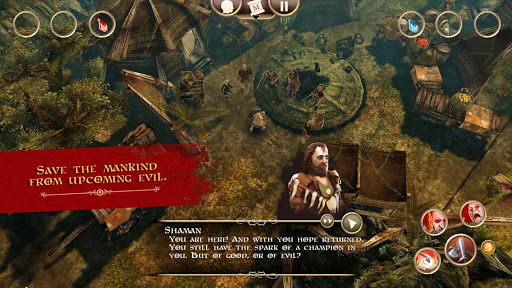 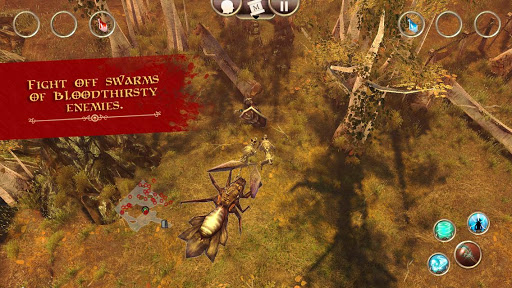 – Powerful range and melee characters.
– Dozens of powerful skills to learn and use in your battles.
– Thousands of weapons and items to collect.
– Four categories of items: Normal, Unique, Epic and Legendary.
– Multitude of immersive quests to complete.
– Challenging fights with giant bosses.
– Multitude of unique locations, villages, swamps, caves, crypts and more.
– Action-packed fights with variety of enemies: wildlife, undead, trolls, renegades and many more.
– A climatic soundtrack perfectly fitting the atmosphere of darkness.
– A fantastic, action-packed single player mode.
– Amazing co-op multiplayer with up to 7 of your friends.
– Cross-platform gaming. You have an Android device, your friend has a desktop computer, and other friend has an other mobile device? No problem! You can all freely play in co-op mode. You won’t find it in any other RPG game in the Google Play.

Iesabel also features a big selection of locations to work your way through such as unique locations, villages, swamps, caves, and crypts and the developers plan to keep adding more with monthly updates as well. As you can see from the partial features list we posted, there is plenty of content already in this game.

For those of you out there in Android gaming land who are looking for a big hack ‘n slash RPG to play, you might want to check this one out. The multiplayer alone add a ton of replay value, especially with the developers planning to update so often. Iesabel can be purchased for a mere $1.99.