Instead this is almost tactical style game where you will still be trying to have your pack of animals survive for as long as you can keep them alive. Whether its the feared lion or the ferocious baby chicken, this game is all about surviving for as long as possible. You’ll need to eat, fight and breed your way to keep your species alive, yourself included. The goal is to be the top of the food chain and since Tokyo is deserted, it won’t be humans who are at the top anymore. 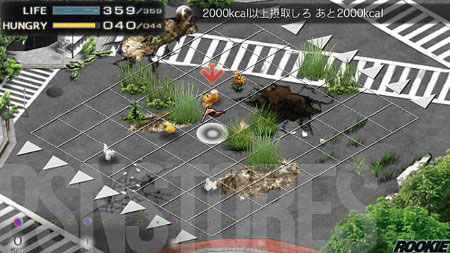 Even though this isn’t the exact same game as the Playstation 3 version, all the goals and mechanics are there for the most part. Establishing nests, marking territory as your own and pretty much everything else is included in the game. The real difference is in how you play it and that’s where the grid layout comes into play. This probably makes the game easier to play on mobile devices than the original game.

If you’re up for giving Tokyo Jungle a whirl, it is now available on the Playstation Mobile store for $2.99. When we reported on this coming, it was stated it would be for the US and Japan. We weren’t sure about anywhere else but it seems like the UK did get it as well so it is most likely available to anyone with a Playstation Certified device. If you don’t see this right away in the store, that is probably due to it propagating still so give it a few minutes.