Pacific Rim is based off of the movie that is set to hit theaters tomorrow where there are monsters causing havoc all over the Earth and to defend against this giant monsters, humanity has created mechanized suits of armor and weapons called Jaegers. In this game you’ll be piloting one of these mechs, starting off as a rookie pilot and working your way up to being one of the top ace pilots. 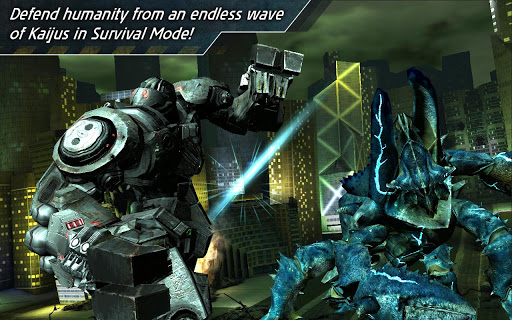 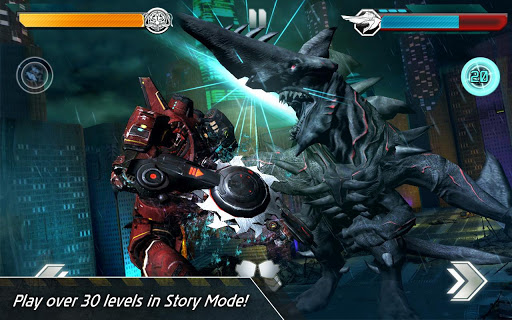 • Story Mode: Play over 30 levels and challenge monstrous creatures in intense combat inspired by the motion picture.
• Survival Mode: Can you defend humanity from an endless wave of Kaiju? See how skilled you are with your customized Jaeger.
• Command up to five different Jaegers with custom equipment and technology.
• Upgrade your Jaegers and weapons to dominate the battlefield.
• Discover and research new technology to increase your armor, power and speed.
• The game explores the Pacific Rim universe with new events, Jaegars, and Kaiju not fully revealed in the film.

Gaining experience is done by kicking some monster asses which you might have already figured out by now. There is both a Story mode and a Survival Mode where in Story Mode you’ll fight through 30 different levels. Survival Mode is pretty much as it sounds, survive as long as you can through waves of enemies. Of course in both modes you’ll have plenty of upgrades for your Jaeger as well to help you out. 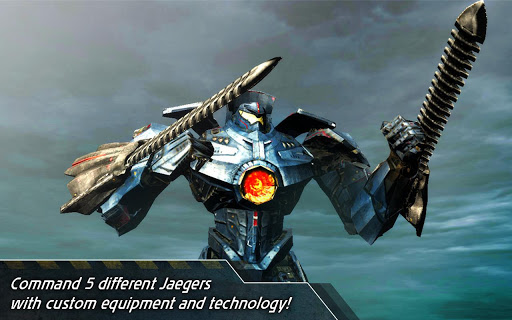 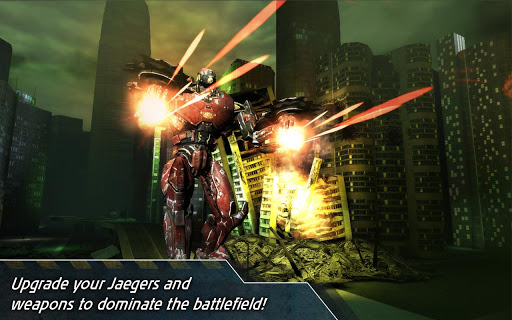 For those of you looking forward to the movie tomorrow and want a little mech fighting action now, you can pick up Pacific Rim off of Google Play for $4.99.