Well Rovio’s big announcement which was slated for today has arrived and it is the unveiling of Angry Birds Star Wars II. Along with the announcement of a new game, Rovio also announce that there will be Skylander style toys accompanying it and the game’s rather large selection of characters that will be coming with it.

While there isn’t a whole lot of details about Angry Birds Star Wars II, we do know that there will be over 30 different characters in the game. This is a huge increase over the current amount of birds that are available to use in any Angry Birds game. While you collect and play as all these different birds in-game, you’ll be able to collect them in person as well with Hasbro’s Telepod figurines, one for each character in the game.

To compliment this wide lineup of characters, there will also be a line of over 30 collectable TELEPODS figures from Hasbro. Placing these figures onto your phone or tablet camera will scan your character of choice directly into the game, allowing you to select new characters on the fly. – Rovio 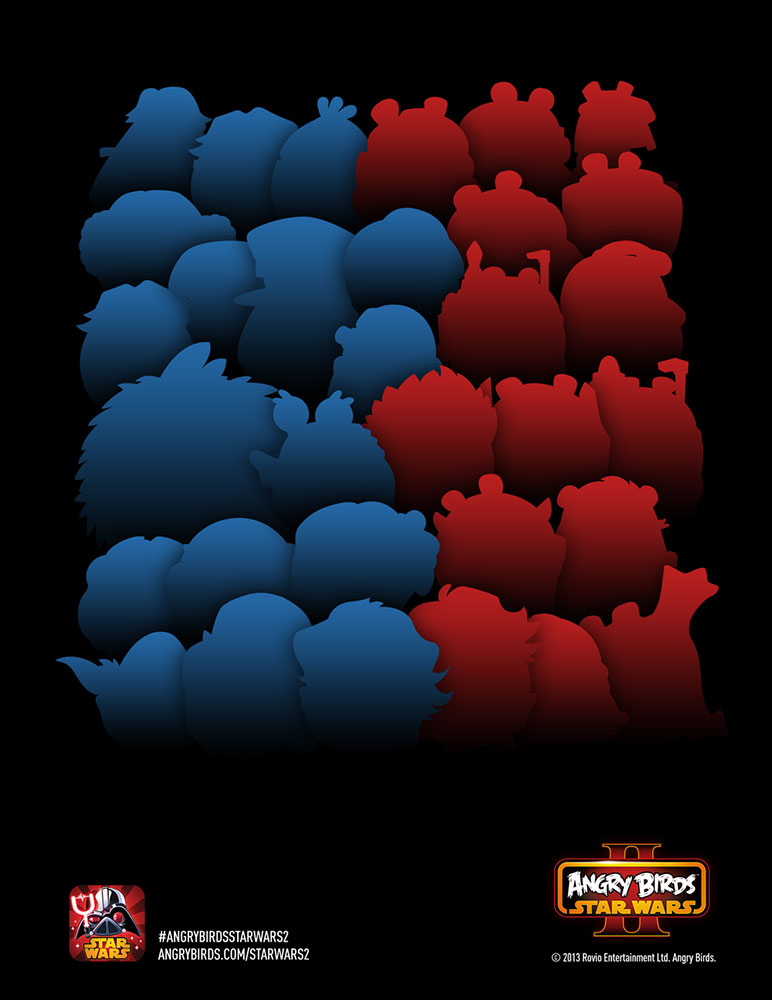 One other unique and new feature is that players will be able to choose what side they are on, be it the Dark Side or not. Rovio is also hinting at something else but isn’t going into too much detail about it just yet, saying “rumor has it that the emperor is recruiting“.

So when can you get your hands on this new Angry Birds Star Wars II game? Right now the release date is slated for September 19th, 2013.