While there is a ton of leaked images of this new Nexus 7 tablet along with some leaked specs, it looks like there is some official confirmation about the tablet’s imminent release thanks to a leaked Best Buy ad which shows the new tablet. Coming from @evleaks, who seems to be on a roll when it comes to leaking information like this as of late, this Best Buy ad has a few extra details such as the screen’s resolution weighing in at 1,920 x 1,200. The model in the ad is the 16GB version of the new Nexus 7 tablet which is priced at $229. 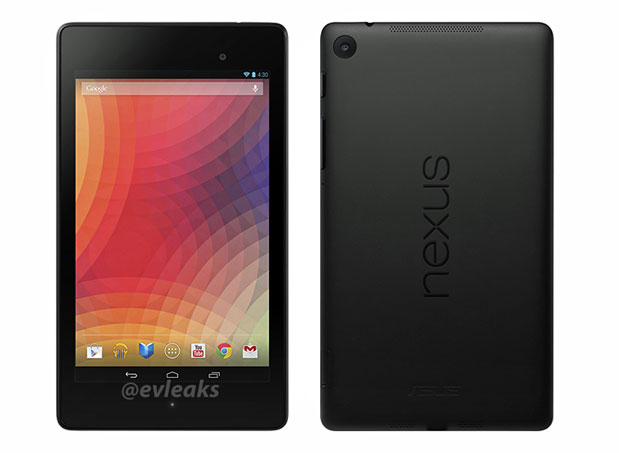 The ad doesn’t go into detail about any other hardware specs but the picture does seem to match other rumored changes to this refreshed tablet such as a 5MP rear-facing camera, a new design for the back, an off-center front-facing camera this time and a notification LED at the bottom. As for the internal specs, no real details have come out about any possible changes although there will most likely be something.

While the 16GB version is shown in the ad, there is also a rumored 32GB version to arrive as well priced at around $40 more than the 16GB edition. We won’t have too long to wait though since Google’s press event is scheduled for July 24th, 2013 at 9am PST so we will find out all the juicy details then. You can check out an apparent press shot of the new Nexus 7 tablet above as well as the Best Buy ad in the image below. 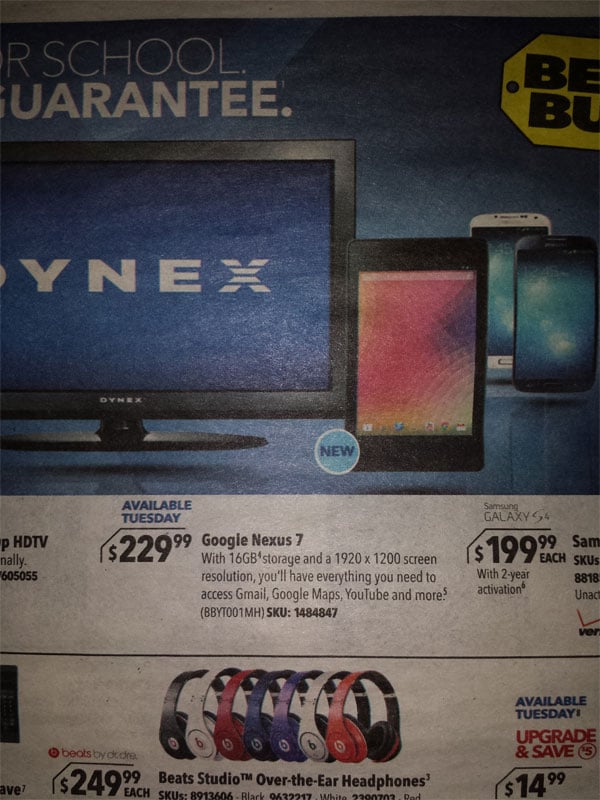