For starters, this new Nexus 7 Android tablet is thinner than its older brethren. While this is all fine and dandy, one of the big features is the new screen which was confirmed in the leaked Best Buy ad yesterday and once again confirmed today. This new 7″ screen runs at 1920 x 1200 resolution, sporting 323 ppi which is currently the highest resolution for a tablet right now that is available, anywhere. 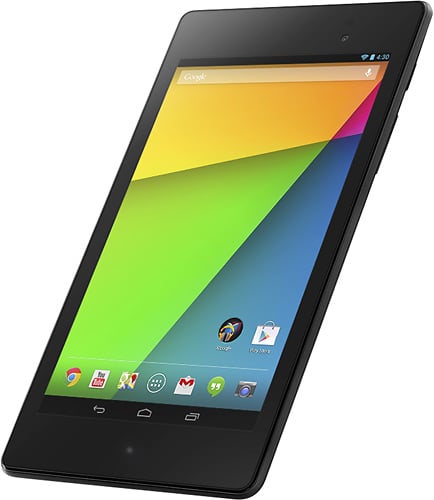 Should you want to pick one of these new tablets up, you have a few options available. Both the 16GB and 32GB models will be available for purchase through Google Play as well as through AT&T, Verizon and T-Mobile. If you want the 16GB model, you’ll need to pay up $229 while the 32GB model will cost you $269. Should you want the 32GB LTE unlocked version, you’ll have to dish out $349.

As for when these tablets will go on sale, it appears that next Tuesday, July 30th is the big day.