A rather popular iOS game called Blastron has made the jump from iOS to Android finally. This particular game is a lot like the Worms franchise but instead of combat worn worms being the main troops, Blastron has robots playing that part instead, trying to kill enemy robots throughout the each rounds of play.

The level designs in Blastron are pretty crazy so there will be some strategy involved when it comes to figuring out where to do and who to target first. After you choose your robot, you can begin playing right away and earning yourself some loot in the process. Your robot can be upgraded and customized in order to make him stronger and able to survive longer. 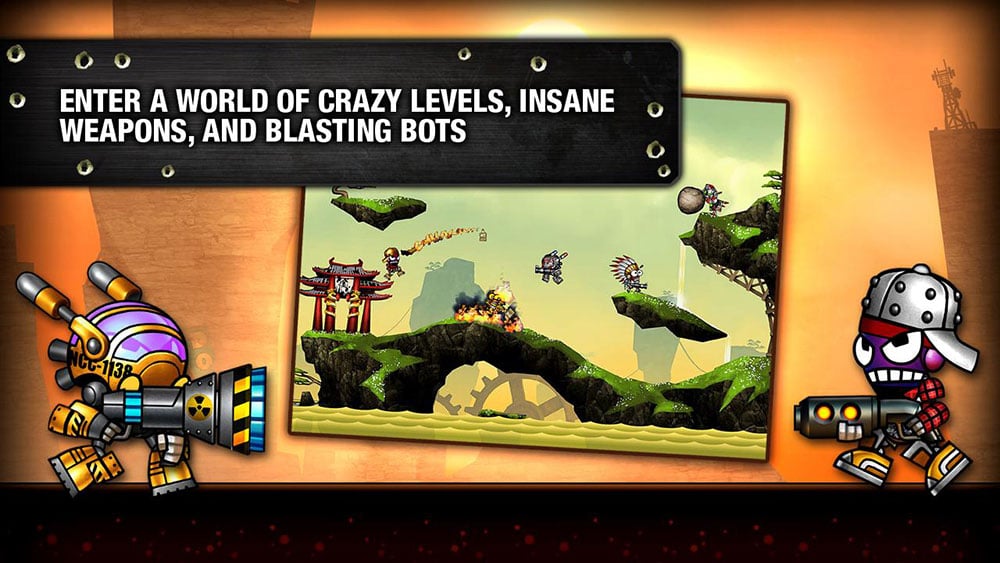 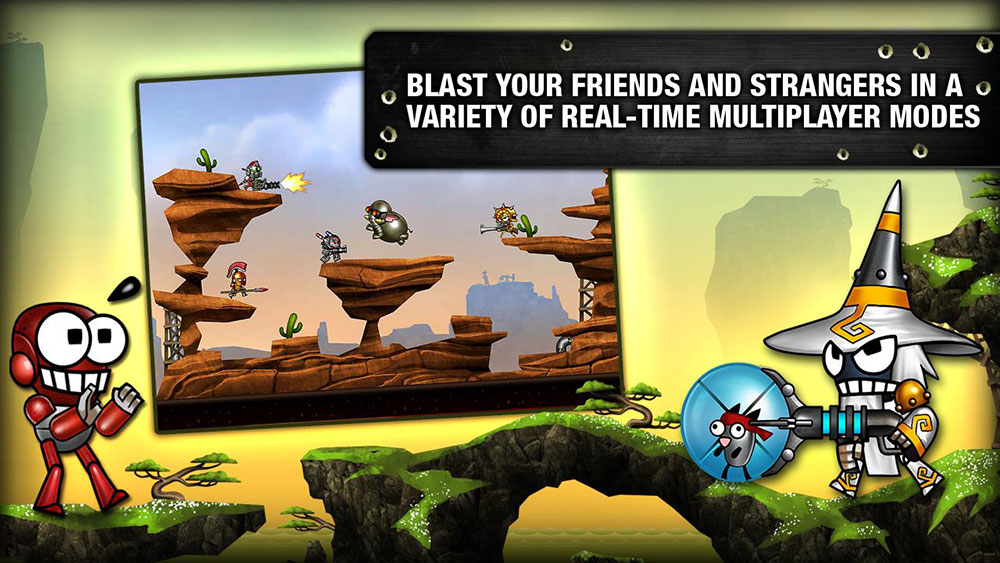 • Shoot your way to the top of the Blastron Hall of Fame leaderboard in fast paced turn-based online battles
• Collect and unlock a huge variety of weapons and boosts in order to crush your opponents and score maximum points.
• Upgrade your robot’s parts to create thousands of unique robot blasting combinations
• Utilize your platforming skills to strategically grab loads of epic loot – scoring you tons of weapons and items and racking up points to help your shoot to the top of the leaderboard
• Play in campaign mode to battle your way to the Blastron championship title and unlock new weapons and robots for use in multiplayer modes

You will want to play the campaign mode because doing so, and hopefully netting yourself the Championship title in the process, will unlock new weapons and robots for you to use in multiplayer mode. Multiplayer is just as it sounds with you and your friends trying to destroy each other while trying to be the last one standing.

If you are interested in checking this game out, you can download Blastron off of Google Play for free. It doesn’t contain IAPs which are completely optional. However, if you have a few bucks to spend, you can really upgrade your robot using the IAPs.