For those of you out there in Android land who always happen to be on the lookout for new and unique games, there is a new title now available on Google Play that will probably do a good job feeding that need of yours for something new and different to sink your time into. Developed by Rezoner, QbQbQb is a minimalistic falling blocks game which incorporates music into the mix.

The controls and goal of the game are simple, rotate the planet to that the falling blocks match up to the same colored section of the planet. While the controls are pretty simple and the game starts off easy enough, it will quickly turn into a rather challenging game. As your round of play speeds up and becomes more difficult, the music in the game will feel like it is being created by you as you’re playing QbQbQb. 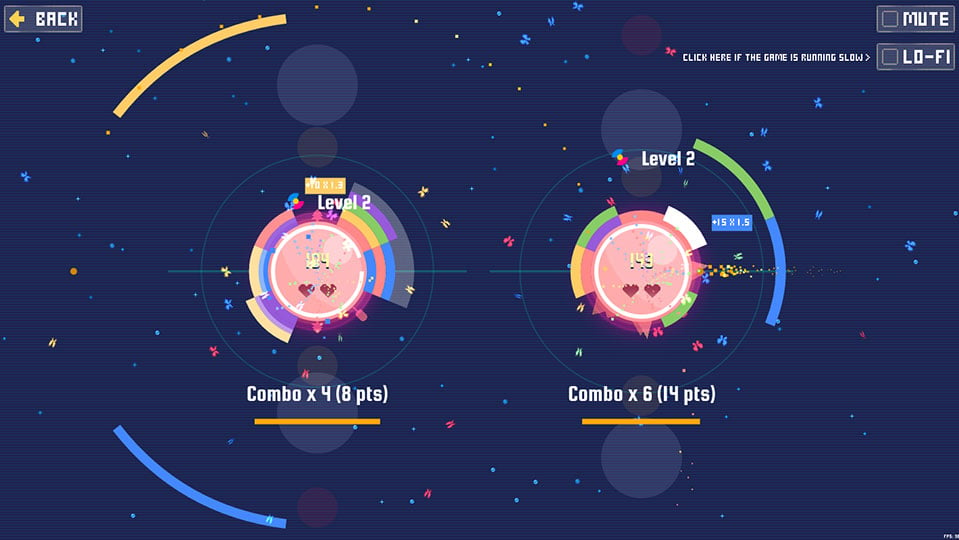 You will start off with something easy and a slow beat but for every 100 points you manage to score, the music and game will evolve, becoming much more complex and difficult. You’ll need to make sure your reflexes are sharp when you get further into the game. Players will also be able to unlock achievements as they progress through the game. There are eight achievements for each planet with a total of six planets available. Players can either play against the computer AI, against another player using the same device or just by yourself.

So if you’re up for something different to play, totally indie (everything was created by one person), and overall both challenging and fun to play then you might want to check out QbQbQb. There is a free demo to try out and if you want the full version you can pick that up off of Google Play for $2.99. You can check out the game in action in the video below.