What makes this interesting is that according to the developers, this will be the first premium game developed in HTML5. While we can’t validate that claim, we do know that this will be a platform independent title which means you will be able to play SteamPower1830 on any device or platform that can access the internet. This game will work on everything from PCs to smartphones and tablets to SmartTVs. 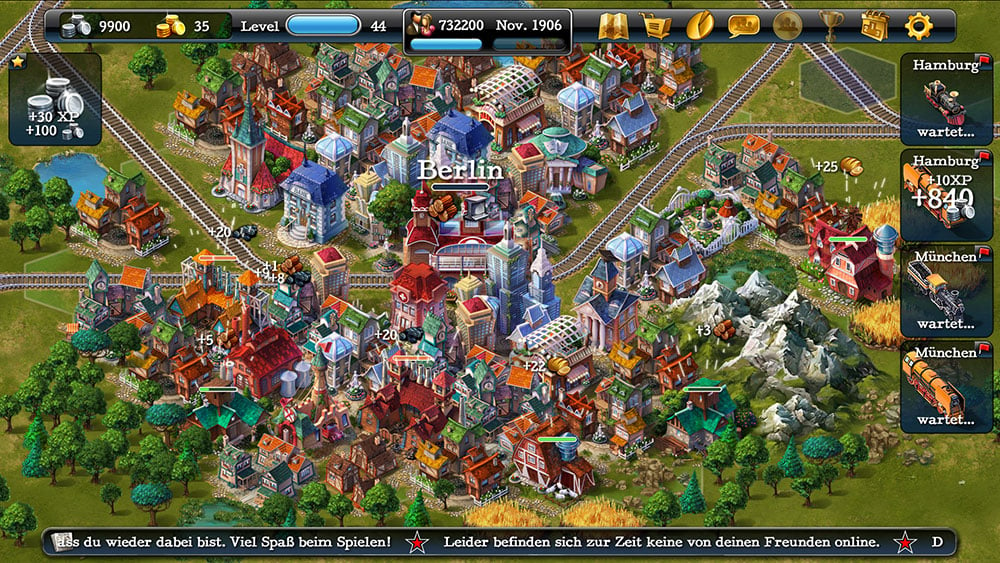 The game itself is an interesting one. SteamPower1830 will be a cross between city-building, strategy and resource management gaming (basically a Sim game but with multiplayer) where players will be in charge of building their own railway empire in a miniature world. This game will feature things like cooperative gameplay and a unified in-game chat which is accessible regardless of what device or platform you happen to be playing the game on.

While there is the whole single-player gameplay available, the co-op multiplayer allows two players to collaborate on one of the game’s scenario maps which is a challenge that a single player can’t do by themselves. Each player will start at different points on the map with the main objective being to build up their own empire but by linking up their respective track grids, the players can share railway lines and stations, expanding the network together. Players manage their own in-game budgets individually, but both profit from the other player’s building activities and these activities can be viewed live as they are happening, just like any other multiplayer game, but it doesn’t matter if one player is on a tablet and the other is on a PC.

Regardless if someone is playing single or co-op multiplayer, the game can be paused at any time and picked back up later on. In multiplayer, players can leave and enter back into co-op game sessions whenever they want and on any platform as well.

Right now there is no official launch date for SteamPower1830 but it shouldn’t be too far after its official unveiling at GamesCom 2013. When it does launch, it will be free-to-play as much as you like but there will be optional IAPs available just like any other browser-based free-to-plat game. Closed beta registration is now live if you want to try and get in early.