Battle Bears Fortress is now available for everyone on Google Play

Battle Bears Fortess is the newest title from SkyVu Entertainment that has been running in a location limited beta for a short while now. Well the game has finally dropped the location-specific beta tags and is now available for everyone on Android. This game has a rather enjoyable 1-vs-1 multiplayer mode but also a full single-player campaign as well.

This game is actually a tower defense game (Plants vs Zombies style) themed with the Battle Bears world, a big step away from the usual Battle Bears games that Skyvu Entertainment releases. While you can play single player through the campaign, there is the 1-v-1 multiplayer as well. 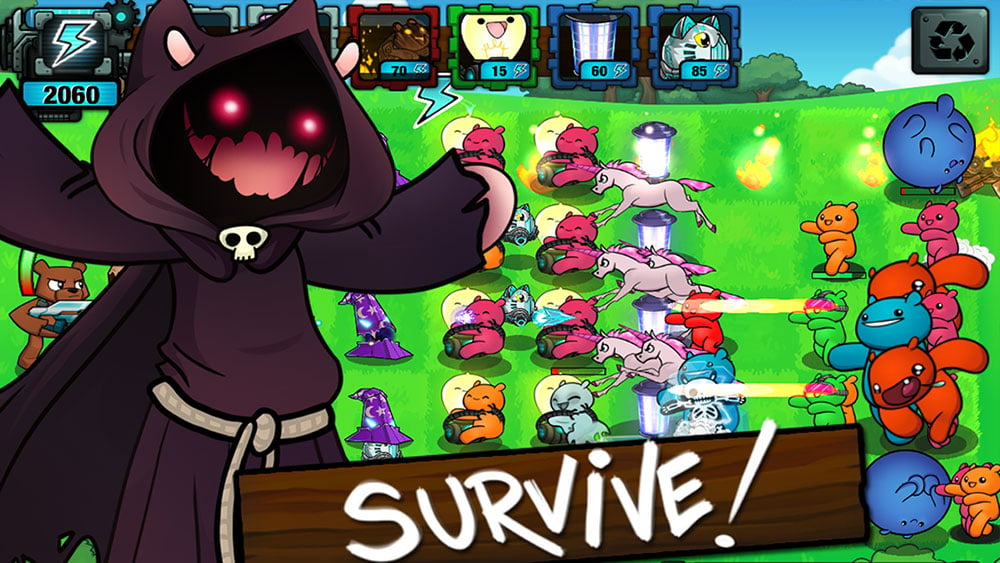 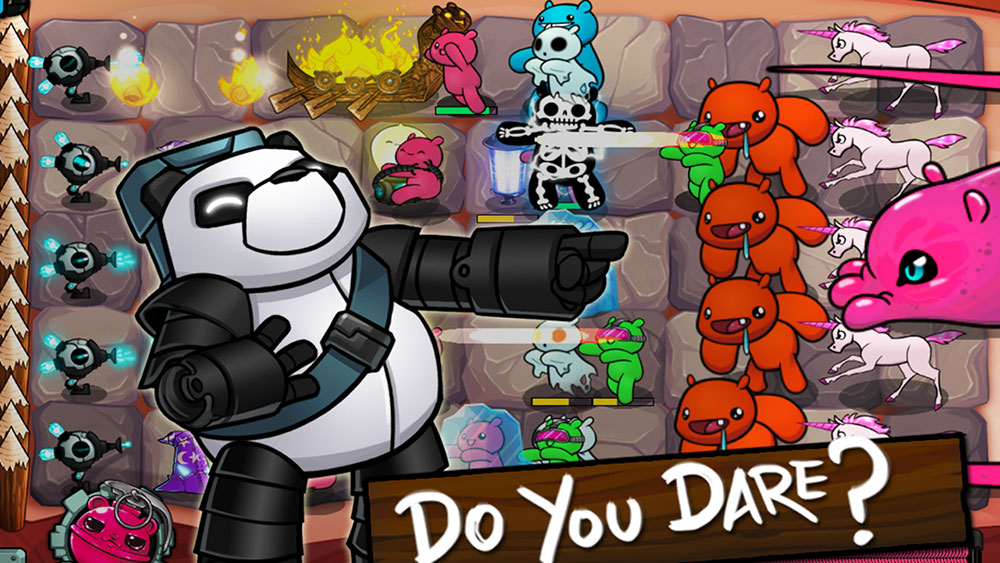 – TOWERS: 22 towers and more coming! Defense towers, attack towers, and demolition towers, oh my! Unlock and upgrade awesome towers and powers specifically designed to shoot, stall, and blow up the Huggables!
– PINK ISLAND: The Pink Planet is a fearsome place and the Pink Island holds untold dangers. Explore all 30 levels with unique map mechanics!
– HEROES: 4 available with more coming in future updates! Oliver, Graham, Tillman, Riggs and their powerful weapons are here to save the whole universe!
– ENEMIES: 12 enemies and more coming! Stand your ground against the Necromancer, Trojan Unicorns, mutant Tentacleese, the giant angry Bone Apa, Huggabulls, the crushing Bluebeary, and Huggables with freakin’ laser beams strapped to their heads. Good luck battling these guys!
– CAMPAIGN MODE: You can’t spell ‘campaign’ without ‘pain.’ There’s a full epic story written into each of the 30 levels. Defeat the bosses to rescue your friends.
Unlock endless mode for each level when you achieve 3 stars!
– MULTIPLAYER MODE: Upgrade and build your defense and then unleash the hordes of Huggables upon your opponent! Increase your skill rankings and humiliate your opponent by upgrading enemies in-game! Challenge worthy opponents worldwide or battle your friends.
– LOOT UP: Fill up on coins and gems to unlock better towers and weapons or earn them by winning multi-player matches. Get rewarded just for logging in daily!
– SKYVU NETWORK: Play anywhere, on any device by saving your data on the clouds. Keep track, compare, unlock avatars, stats, and achievements. Receive important news about the Battle Bears series.

This is a full-fledged tower defense game, not just a quick themed watered down game. There are plenty of towers, upgrades to unlock, loot to grab and heroes to use in your quest for dominance of stuff animals. For those of you interested in Battle Bears Fortress, you can now download the game off of Google Play for free.