Konami Digital Entertainment has announced during Gamescom 2013 that they have a new TCG coming to Android and iOS soon themed around the Star Wars universe called Staw Wars: Force Collection. This game will include heroes, villains and monsters from Star Wars Episodes I-VI so there should be plenty of variety in this game.

In total players can look forward to collecting over 230 different cards to which you can build up your decks with. There will be both PvE and PvP content in this game so if you aren’t up for battling it out with other players, depending on the side you choose (light or dark), you can always just run through all the single player content and complete quests. Judging from the screenshots, it looks like a lot of the combat is animated. 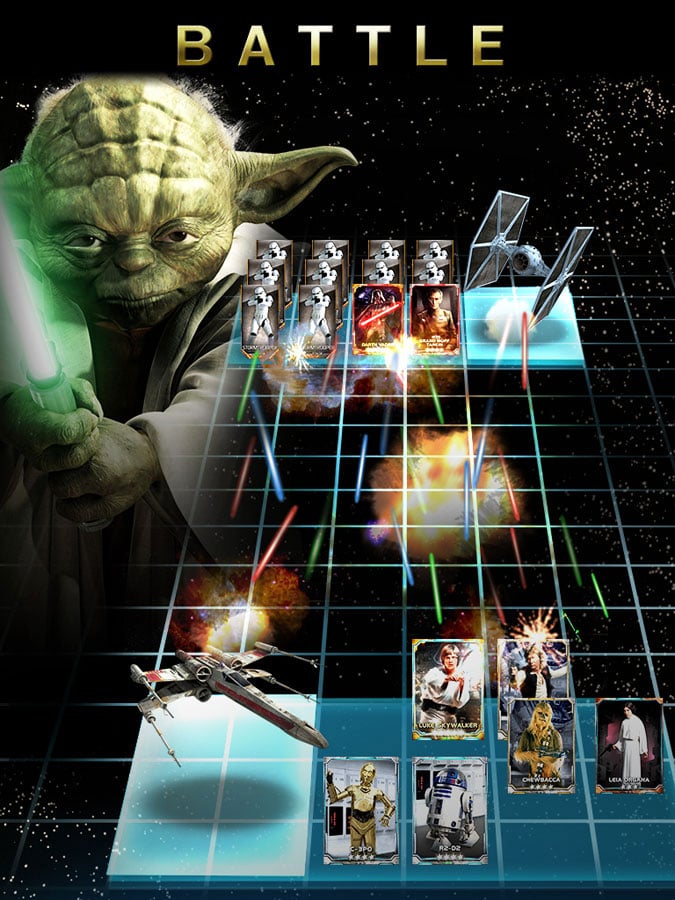 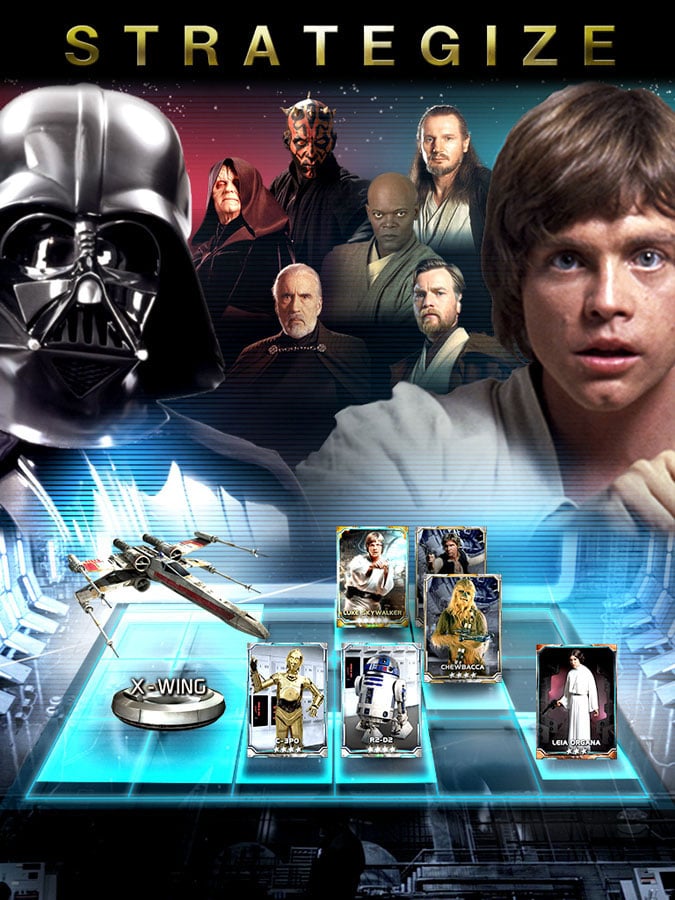 – Collect and strategize with your card deck, featuring characters and vehicles from Episodes I-VI.
– Draw from card packs to collect over 230 Star Wars characters that may be used to aid you in battle.
– Travel to some of your favorite planets from the vast Star Wars galaxy.
– Your actions determine the path to joining the light or dark side of the Force.
– Piece together blueprints to construct vehicles that provide you an edge in battle.
– Battle bosses and other players in quests and special in-game events by creating battle formations with your cards and vehicles.
– Defeat other players and loot their Blueprint Pieces, leveling up your Battle Ranking.

As players progress through the game, the actions and decisions you make will ultimately decide which side of the force you end up on, whether you are on the light or on the dark side of the force. There will also be large scale in-game events, bosses to defeat and all the standard features you would find in a card battle game of this nature as well. 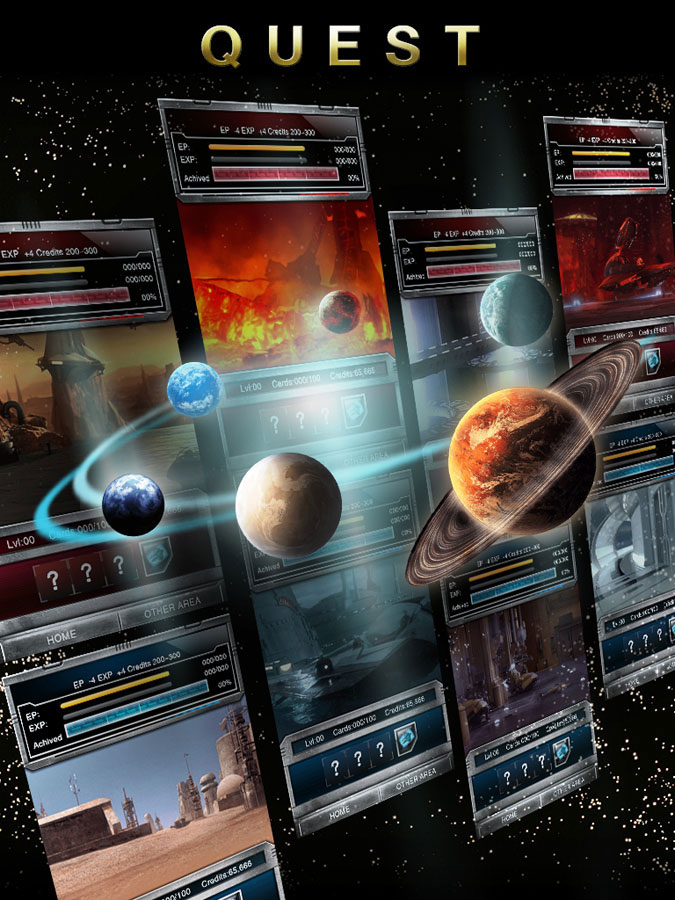 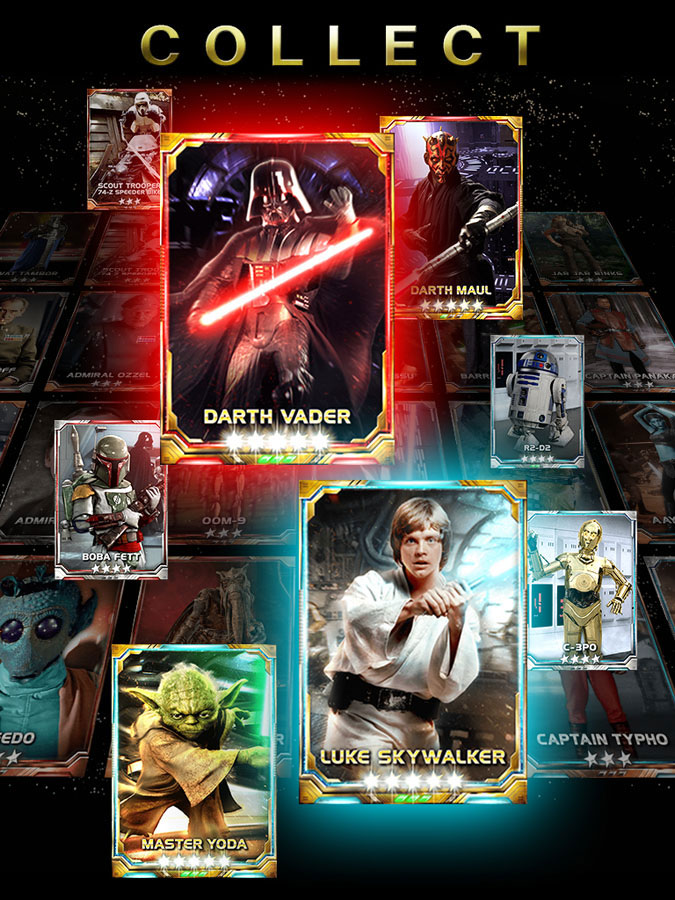 Star Wars: Force Collection will be landing on Android and iOS on September 4th, 2013 and will be available as a free download. Right now the game is currently undergoing beta testing in select markets and locations.