Kabam’s newest game is Dragons of Atlantis: Heirs of the Dragon, now available on Google Play

Kabam has already released a few of their popular and large scale free-to-play MMO games onto Android and now we know what their next one will be. Dragons of Atlantis: Heirs of the Dragon is the name of the game and it just recently landed on Google Play.

This particular game is based off of the company’s hit web-based title called Dragons of Atlantis. However this version has been rebuilt from the ground up to accommodate mobile devices which is usually a UI issue. Players can expect to find real-time interaction, battle strategy and deep social interactions with detailed 3D modeling of Dragons when they log into this game. 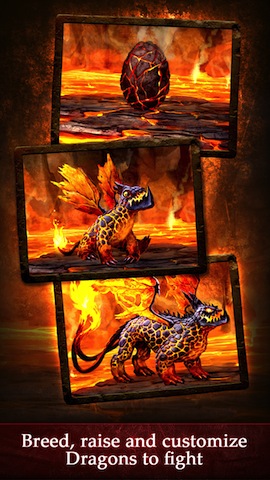 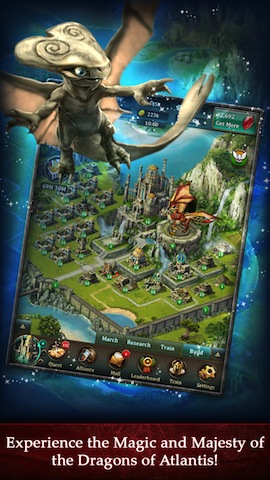 Dragons of Atlantis: Heirs of the Dragon Features:

· Raise Mighty Dragons: Watch your dragons grow from young hatchlings, into armor-clad, fire-breathing death dealers.
· Rebuild the glory of Atlantis: Recover lost wisdom and reclaim Atlantis from the savage Anthropus.
·  Customize your Dragons: Discover Dragon eggs and watch as they hatch into 3D, fully interactive dragons, featuring over 50 unique animations.
· Forge alliances with other players: Join an alliance to share the wisdom of the ancients as you strategize in real-time live chat and fight together in fierce conflicts and epic battles.

Basically this is a kingdom building MMORTS game but with more of a focus on growing your own army of dragons. You’ll be using these dragons to fight against other players. Anyone who has played any of these types of games through your browser on your PC, or on your Android device for that matter, should have no problem jumping into this game.

Dragons of Atlantis: Heirs of the Dragon is now available for download off of Google Play and yes it will be free-to-play like all of Kabam’s games are.

Google Play Link: Dragons of Atlantis: Heirs of the Dragon