Remember the old school cartoon called Astro Boy from back in the day that you may have watched as a child? Well Astro Boy has made his debut onto Android in a new game from Animoca called Astro Boy Dash. As you are probably guessing from the name, this is an endless running arcade game where you will be in control of Astro Boy.

The entire game features characters from both Astro Boy as well as Astro Girl. There is actually a story behind this game as well. Professor Ochanomizu dos daily lectures and whatnot in order to teach Atom about his robotic body’s advanced capabilities. Atom gets bored and runs away to conduct an experiment of his own which is running through the streets, dodging obstacles and collecting coins. 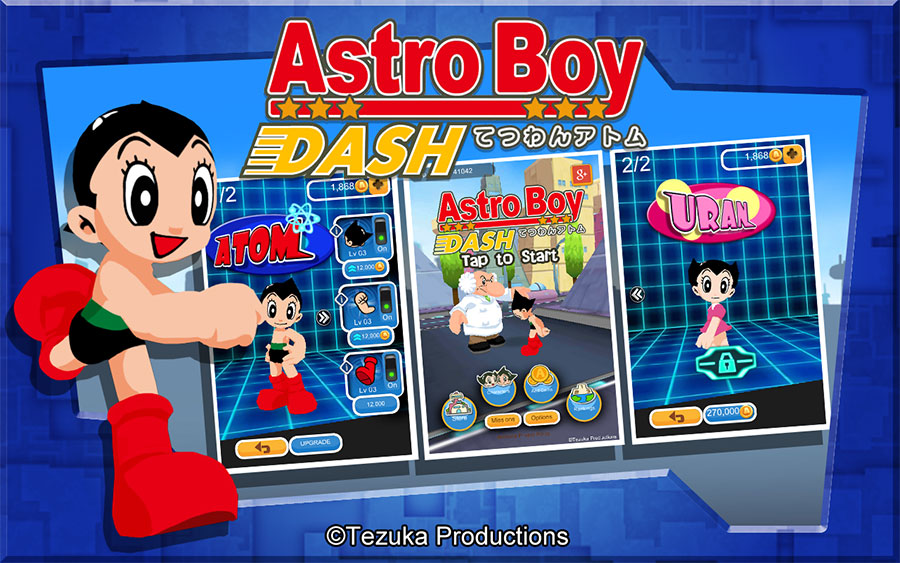 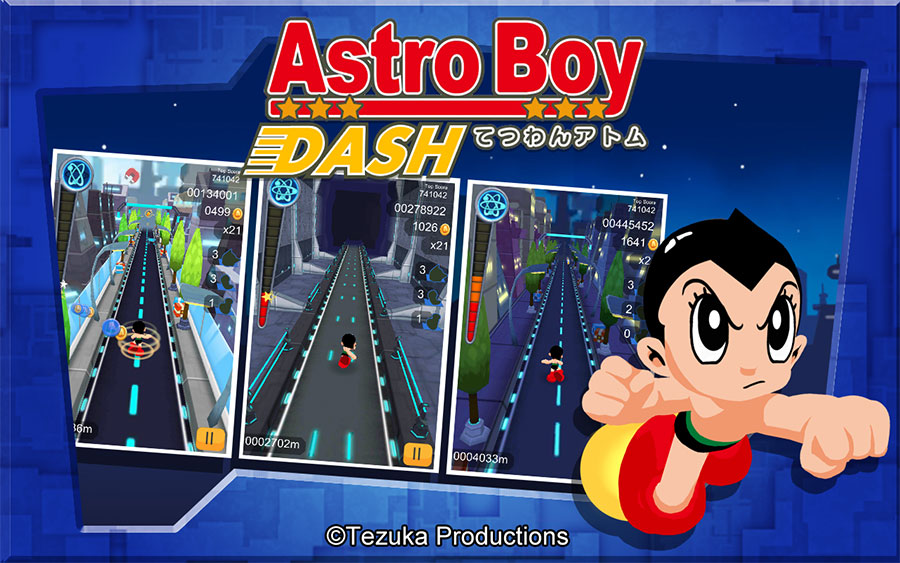 – Beautiful 3D graphics and futuristic art style
– Play as Atom the mighty Astro Boy or Uran the Astro Girl
– Seamless day and night transition
– Endless running! Survive as long as you can!
– Highly responsive and intuitive controls
– Unlock and purchase different costumes
– Pick up coins to purchase equipment and power-ups
– Connect your game to Google+ and Facebook to gain access to the Public Leaderboard
– Compete with friends and share your in-game achievements

The coins you collect can be spent on a variety of power-ups and robotic upgrades. There is also the ability to unlock different costumes for your little robotic boy to wear while he runs endlessly through the city. For those of you who want to relive a bit of their childhood, Astro Boy Dash is available for free off of Google Play.