Riot looking for Android developers, possible League of Legends apps on the way?

We’ve always though that more major PC-based MMO games should be on mobile natively instead of having to DIY project things up a bit and streaming them to our tablets. While this isn’t about one of those games coming to mobile, this news does indicate a step in the right direction. It seems Riot Games is looking for Android and iOS developers with two new postings in their Careers section of their website.

This isn’t about League of Legends coming to Android, which would be pretty fantastic if it did. What this is about though is most likely some official League of Legends applications finally being developed by Riot themselves. While Android users do have a wide selection of companion applications already on Google Play for the world’s largest MOBA, there is nothing official from Riot Games surprisingly.

Most of these third-party apps are pretty decent. We’ve tried some that are extremely good and others which are extremely bad. Most fall into the decent rating though so an official application or two from Riot would be a good thing. It sounds like the company is planning for multiple applications for each platform. We can guess one would be a compendium of heroes and their stats while another is probably tournament listings and coverage, but that is our guess.

Whatever the case may be, this is a step in the right direction. Would we love League of Legends on Android? Hell yes. Will we take some official apps in the meantime? Sure why not. 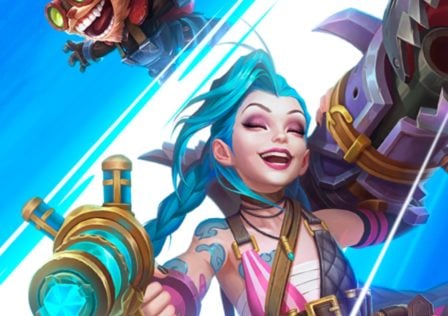