So if you’ve been following the news lately then you already have an idea about what is going on regarding Ouya’s Free The Games fund in conjunction with Kickstarter. For those of you not familiar with any of this, basically if a developer Kickstarts a game for Ouya and is successful with the funding, Ouya will match the developer’s goal amount. The only two requirements are that the game in question will be exclusive to Ouya for a set period of time and that the funding goal be at least $50,000.

That is the basic idea with the Free The Games fund that Ouya has started. However, some questionable large donations to a couple of games have ended up with one of those games being taken down while the other title almost had the same thing happen as well but ended up successfully funded. It’s caused a lot of problems, questioning the entire funding program that Ouya has going due to these large donations looking very fake.

In response to these issues, Ouya founder Julie Uhrman responded in a blog post yesterday. With the response from Julie Uhrman regarding this issue, developers have also reacted to her response and in a not-so-positive way.

The truth is, openness is hard. Being open means everything is fair game, and it means sometimes things don’t work out exactly as you hope. And when it doesn’t work out, everyone knows. We’re OK with all that, though, because being open is worth it. We believe (still) that great games from great developers can be discovered this way–by you. If we can put aside the doubt and embrace the spirit of this fund as it is meant, and of OUYA as it is meant, we might just be surprised by what a little positivity can produce. – Julie Uhrman, Founder of Ouya

In response to Julie Uhrman’s statements today and the program in general, multiple developers have come out voicing their distrust in the program. Mike Bithell, who is the developer of Thomas Was Alone, has come out to say bluntly that the entire program is “clearly dodgy as hell” before going on to criticize Julie Uhrman’s response saying “using aspirational language to shift the blame, weirdly, onto its critics.” 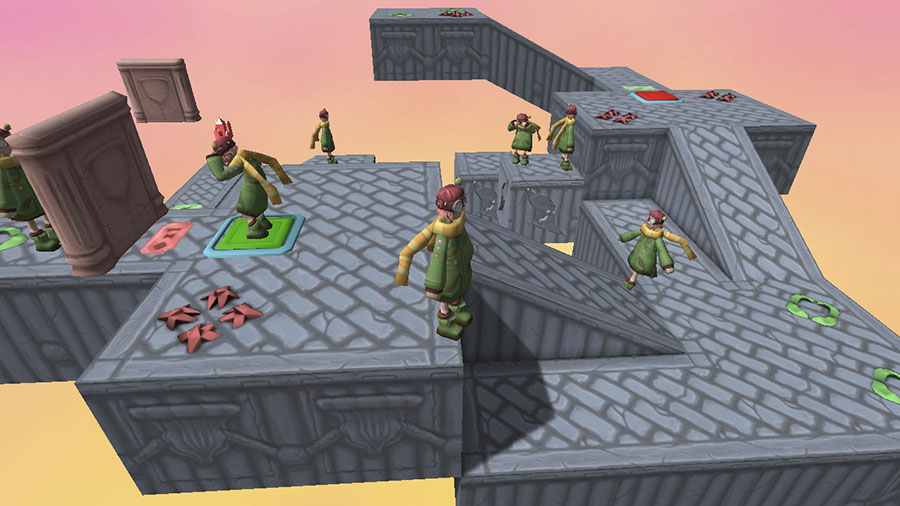 Rose and Time for Ouya

Some developers are going even further with how displeased they are. Sophie Houlden who is the developer of Rose and Time has stated they she will be pulling her game from the Ouya store. She also had this to say regarding Julie Uhrman’s statement:

It became very apparent to me that the company does not support indie developers who need the support most, and that they are incapable of ever correcting their mistakes. I’m simply no longer comfortable supporting the company.

Speaking to Giant Bomb, Houlden further elaborated on her stance directed at Ouya:

I love the OUYA dearly, it actually has a couple of my favorite games of all time on it, and I had a good time developing for it myself, but I’m not prepared to support bullshit like this, you’ve lost me. There’s a tiny chance you could get me back, but honestly I don’t think you have it in you at this point.

Other developers expressing concern about the entire situation include Kairo developer Richard Perrin who stated on Twitter that he is now not going to bring Kairo to Ouya until the company becomes “credible again“. Wes Paugh, the developer for the Ouya version of 100 Rogues said in the comments section of Uhrman’s blog post that “the campaigns that aren’t setting off red flags are failing tragically, and that is a real shame, because some of those ideas are ones gaming would greatly benefit from“.

More developers are also stating their stance about the entire situation in the comments and on their personal blogs but you get the idea, people are angry and they should be if fraud is happening and people are getting funding plus additional money from Ouya’s Free The Game fund.

It’ll be interesting to see how this will eventually play out but this could end up being very bad for Ouya. We will be trying to get in touch with Julie Uhrman to get a more personal response from her regarding all of this although so far we’ve had no luck.