Tin Man Games has been around for five years officially as they have begun celebrating their 5th year anniversary. To celebrate this rather momentous occasion, they have taken a break from releasing Fighting Fantasy games and have instead released the newest addition to their Gamebook Adventure franchise called Curse of the Assassin.

This is book number eight in the series and is an all new story using their rather enjoyable setup that they have for playing these interactive RPG books. If you’re not familiar with Tin Man Games they produce interactive RPG books, like we just mentioned, that offer you the ability to have a character sheet you can interact with as you level up, actual dice to roll and so on. 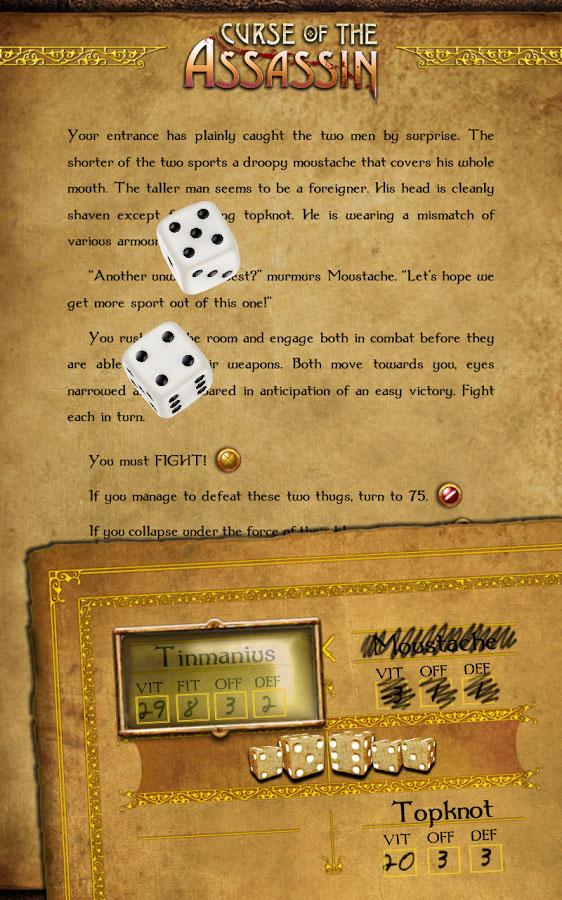 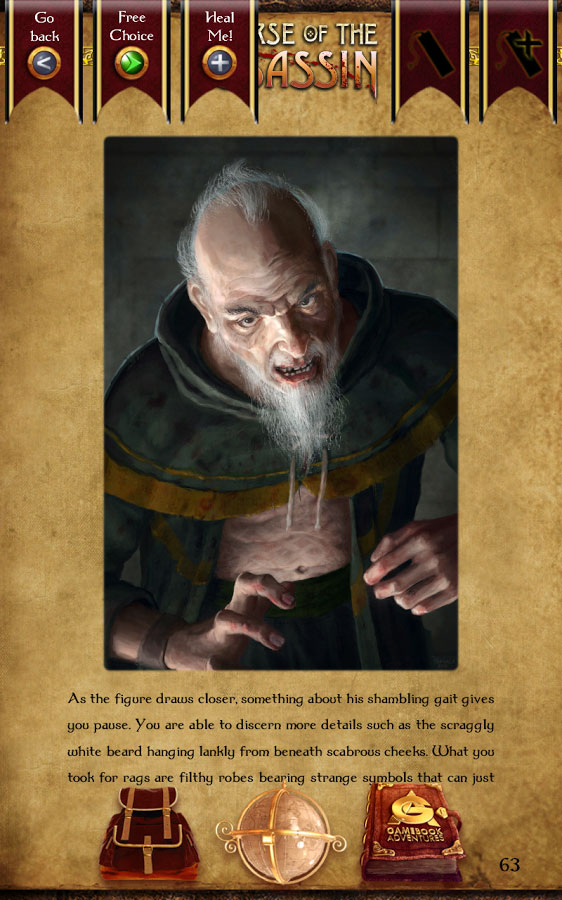 As you progress through a book you’ll be faced with choices that you need to make. Depending on the choice you select, you’ll flip to that page and reap the rewards of being so brilliant or the consequences of being so careless.

Curse of the Assassin Features:

•Includes all the interactive reading and gameplay features found in the previous Gamebook Adventures titles.
•Read the story and dictate the direction of the story! Options based on who you have met, where you have visited and what you have found.
•Unique battle system using realistic 3D dice which can be rolled by shaking your smartphone or tablet.
•Lots of achievements to collect and artwork to find throughout the book. These are placed on your achievement wall.
•Three difficulty levels. Read the book casually by being able to move around freely or crank up the difficulty and be a hardcore gamebook player.
•Companions you meet on the adventure will now fight with you!
•Awesome artwork (including a new cover by Dan Maxwell!) and music by Adrian Watkins to accompany the interactive story.

Even though this is a new story it does follow the existing storyline that is already going on in an older Gamebook Adventure title. So while you can just jump right into this one if you want, should you be interested in knowing the entire story and background of the series then you’ll need to check out Assassin in Orlandes (GA1).