Grand Theft Auto V has been out for a little bit now and iOS managed to get the companion application for the game ahead of Android. However Android is now on par with iOS as Rockstar Games has finally released Grand Theft Auto: iFruit onto Google Play and yes they kept the name as iFruit instead of changing it up for something a little more Android-centric.

So what is Grand Theft Auto: iFruit? Surprisingly there is no fruit involved in this companion application. Instead you are treated to a sort of mini-game called Chops the Dog and a cool little companion application feature that lets you customize your ride in-game, called Los Santos Customs, from your phone or tablet.

In Chops the Dog you will be teaching your dog, Chops, new tricks as well as taking care of him like a virtual pet. This means you’ll also be feeding him, petting him, playing with him and basically keeping him healthy and happy. When you do a good job of this, you’ll receive benefits when playing as Franklin in Grand Theft Auto V. Into true edgy Grand Theft Auto style, you’ll be able to take Chops on a walk to mark his territory, defend his ladies and other fun stuff. 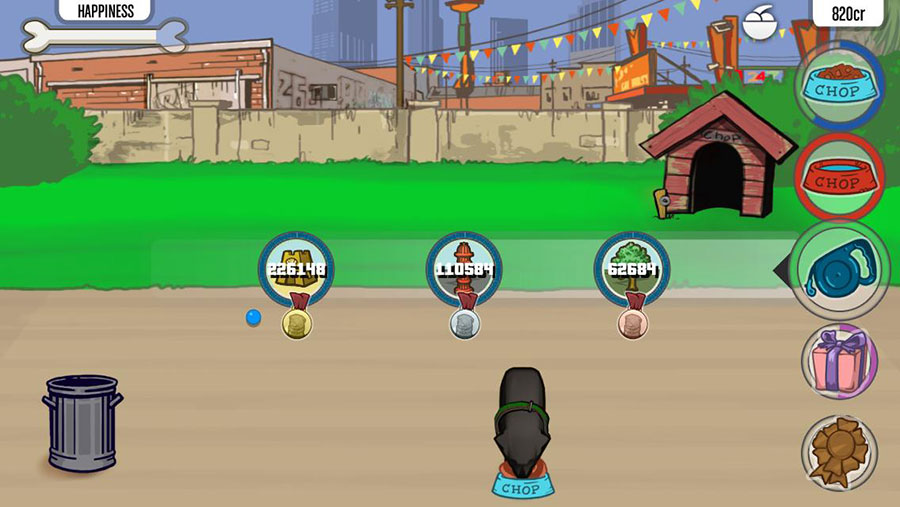 The other big feature for this application is Los Santos Customs which allows users to customize their rides in-game but through the application. This includes aesthetics like paint jobs, window tints, smoke colors, wheels, hoods and spoilers as well as more customize upgrades to parts of your cars like the engine, brakes and suspension. You’ll also be able add accessories like armor, additional lights and a new fancy horn. 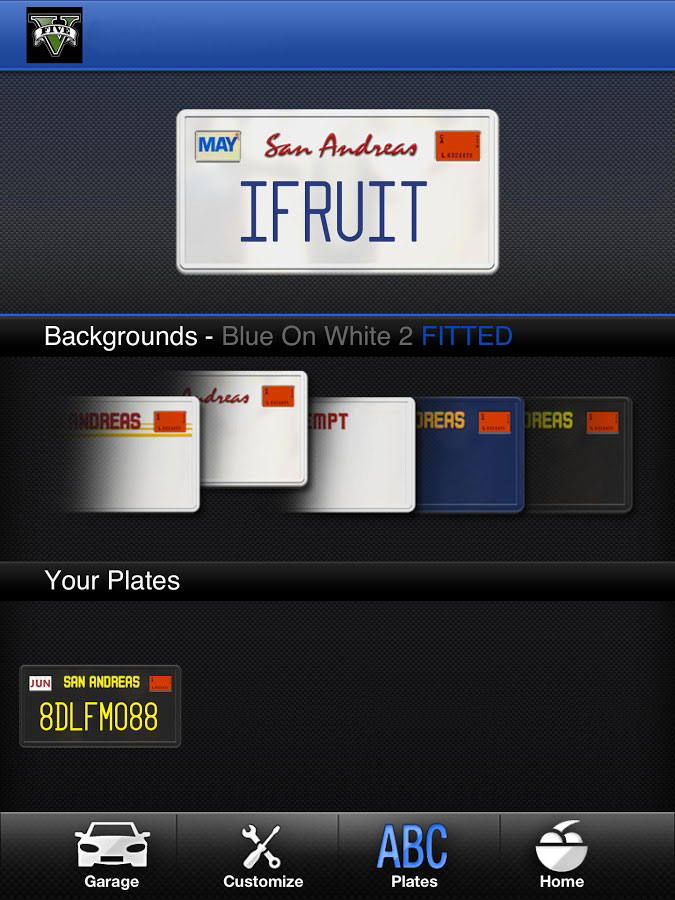 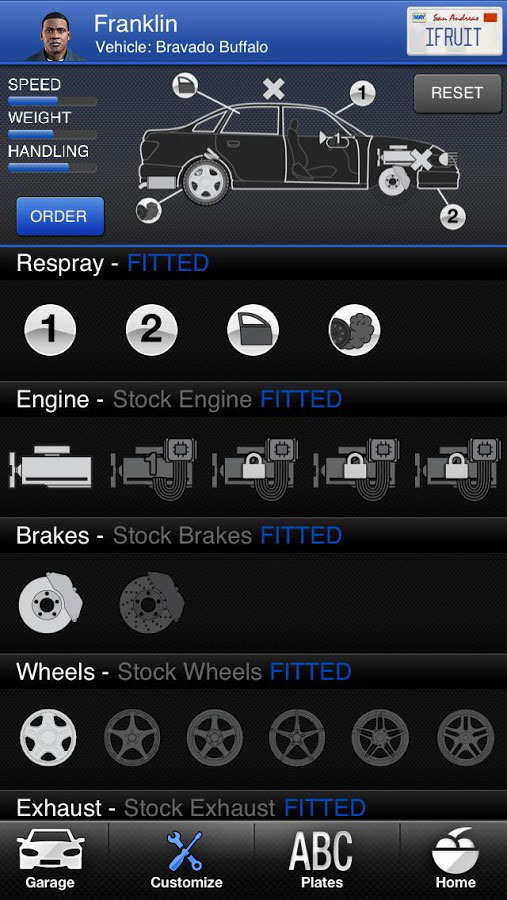 There are other social features that come with this application as well including the ability to stay up-to-date on Rockstar and Grand Theft Auto news through the Rockstar Games Social Club as well as the ability to launch other Rockstar applications from within the app using LifeInvader. You can download Grand Theft Auto: iFruit off of Google Play for free if you still want it even though it is pretty late.