Gameloft has begun teasing another upcoming game called Tank Battles for Android and iOS. While we don’t know a whole lot about this game, Gameloft has released a few screenshots that show what we can sort of expect from this game when it is released.

Update November 8th, 2013 2:22pm PST: Gameloft has released this game onto Google Play. It’s available for download for free and we’ve added the Google Play link to the bottom of this article as well as a trailer for Tank Battles.

From what we can see in the screenshots, it looks like Tank Battles will be a head-to-head multiplayer combat game where players take control of their tank of choice, battling it out with other players. Judging from the screenshots we’ve seen, it looks like there will be multiple players per map although we aren’t exactly sure how many will be allowed to play in each game. Our guess is that it will be up to eight players per game. 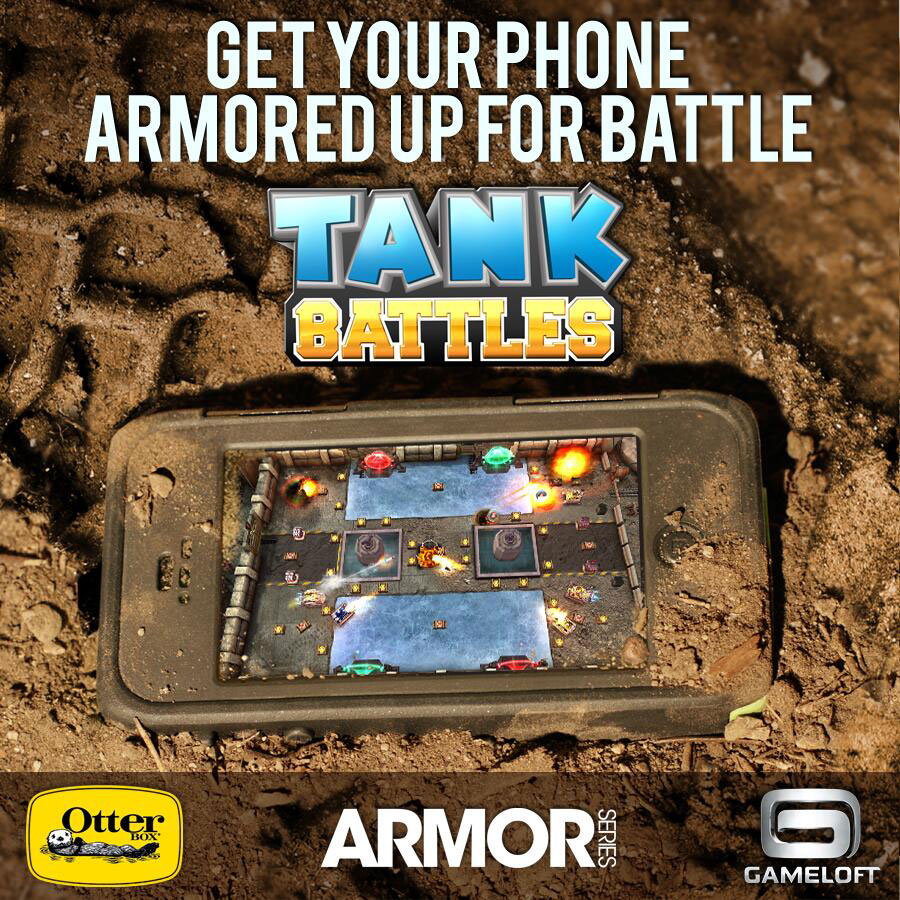 It also looks like there will be a variety of tanks to choose from as well as power-up that pop up during combat that you can snag and use to help get yourself to victory. We aren’t sure if there will be different types of gameplay modes like Capture The Flag or anything like that. It also looks like Otterbox is sponsoring the game.

As for when Tank Battles will arrive onto Android, right now all that is being said is that it is ‘coming soon’. When more details are announced, we’ll post an update.