In case you missed our last article about this game, Star Wars: Tiny Death Star is a lot like NimbleBits previous hit game Tiny Towers except this time you’re building up a Death Star and not a couple of towers. Players have over 80 types of Star Wars themed residential and commercial floors to build as they see fit to attract residents and commerce in their Death Star. 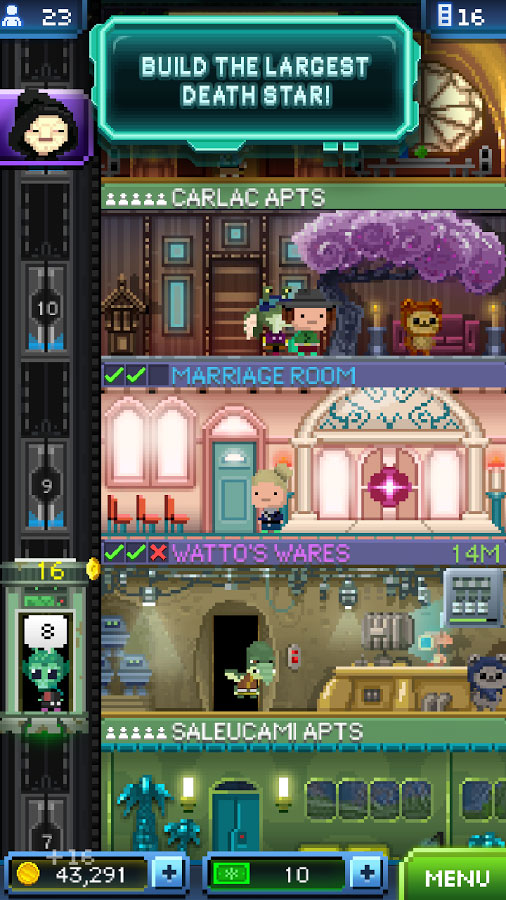 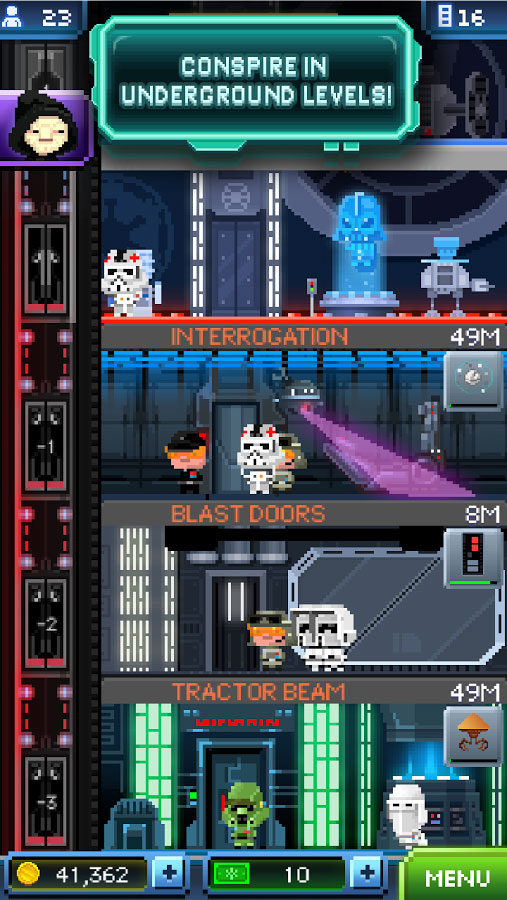 – Earn credits to expand your Death Star, and build over 80 types of Star Wars themed residential and commercial floors like Rebo’s Karaoke and Cloud City Spa!
– Attract over 30 unique species including Wookiees and Ewoks, and fulfill their dream jobs! Not everyone on the Death Star wants to be the Empire’s minion; some might just want to work at the local ice cream shop…
– Below the hustle and bustle of the businesses above, build secretive, underground imperial levels to craft special supplies that will aide your Imperial troops in the fight against the Rebels.
– As stealthy as your Death Star development may be, expect break-ins from Rebel spies such as Luke Skywalker, Princess Leia, and more! Capture them before they escape!
– While running your Death Star, keep your eyes peeled for new scenes featuring many of your favorite characters like Han Solo, Chewie, Jabba the Hutt, and more.

There are the ever famous Bitizens in this game except this time they are themed around Star Wars races, over 30 of them to be more precise. This does include Wookiees and Ewoks which makes this an automatic win already. Secret areas are another feature you’ll be able to build where you’re building up the Dark Side’s forces and can even capture Rebel spies as they try to check things out.

For those of you who have been waiting for this game to arrive, Star Wars: Tiny Death Star is now available on Google Play for free.