Activision has released another companion app for their Call Of Duty franchise but this time it is for the new Call of Duty: Ghosts game that was recently launched. This particular companion app actually has a lot to offer and plenty of future potential for more features to be added which Activision has stated they are already working on.

However, before you get all excited and run over to Google Play to pick this application up, you’ll want to know that device support for the Call of Duty: Ghosts companion app is somewhat right now. The company is adding more devices to the list with the HTC One, Motorola Moto X and the Samsung Galaxy Nexus being added to the list.

With that said, this companion app isn’t just about your player stats, load-out changes and social features like the Call of Duty Elite app. Anyone using this app who own a copy of Call of Duty: Ghosts will be able to compete in the Clan Wars feature, battling it out for dominance over different territories. These are timed events so if your clan happens to miss one, there is always another one o compete in once the current Clan War ends. Winning in the Clan Wars as you’ll be able to net yourself exclusive in-game bonuses including additional soldier customization options and bonus multiplayer XP. 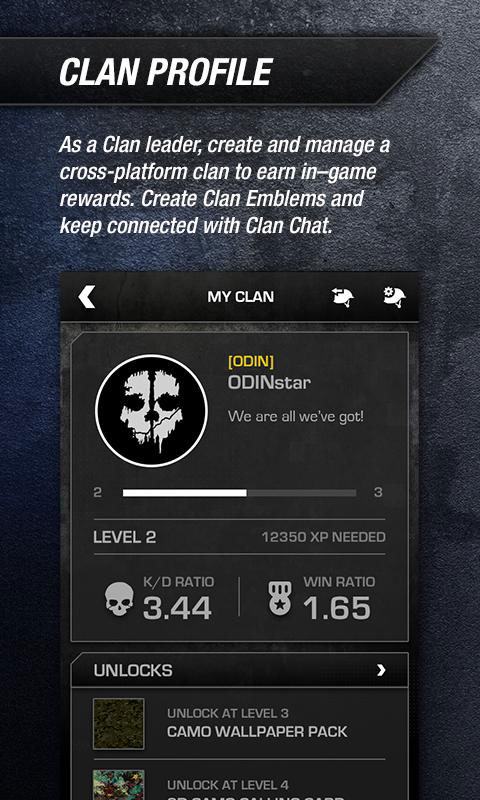 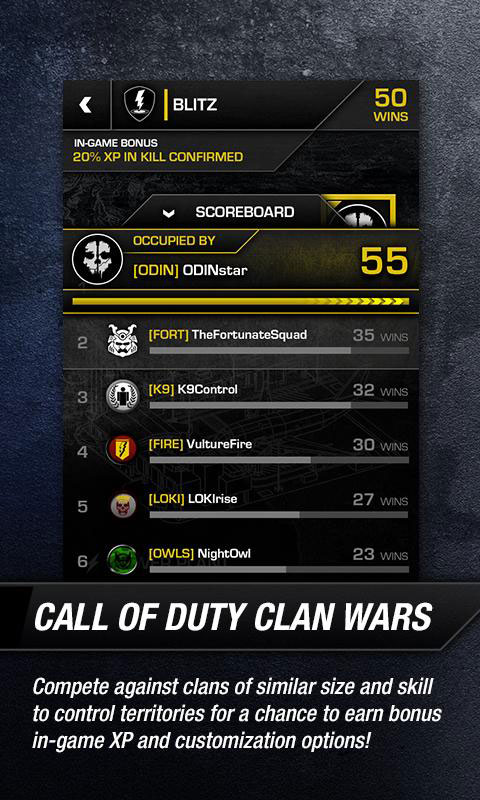 The companion app also comes with the ability to create a Call of Duty: Ghosts clan right from your Android device, or join a currently existing one. You’ll be able to communicate with fellow clan members and even edit your own clan emblem right from the app itself. Of course there is also plenty of non-clan social features as well including staying current with Call of Duty: Ghosts news and events, checking your career stats and notifying your friends when you’re online and ready to play.

Lastly this app will come with second-screen functionality but this will not be turned on until next month. Activision is holding off on enabling this feature now because the company is still meshing out all the tech behind it. That’s probably a good thing as well since the application currently has plenty of issues that need to be fixed right now, mostly with login issues and the clan editing features seem to be not functioning half the time depending on what device you’re using.

However, if you want to check the app out even with all the current bugs, it is available for free off of Google Play. Activision is working on it since it’s already been updated after being out for only a week. We were waiting to write about this app since it was having so many issues the moment it was release last week in the hopes things would have improved by then but now we have a new trailer for it so now is as good a time as any.