Sega has released the newest addition to their football management franchise called Football Manager Handheld 2014 onto Google Play this morning. For those of you who are not familiar with this game, this is a pretty realistic football management sim game where you’ll be managing your favorite team and all the players on it.

You will have all the duties of a team manager to contend with including player transfers, different tactics your team will be using in matches and even follow the games live as they play out making tactical changes and substitutions during each match. 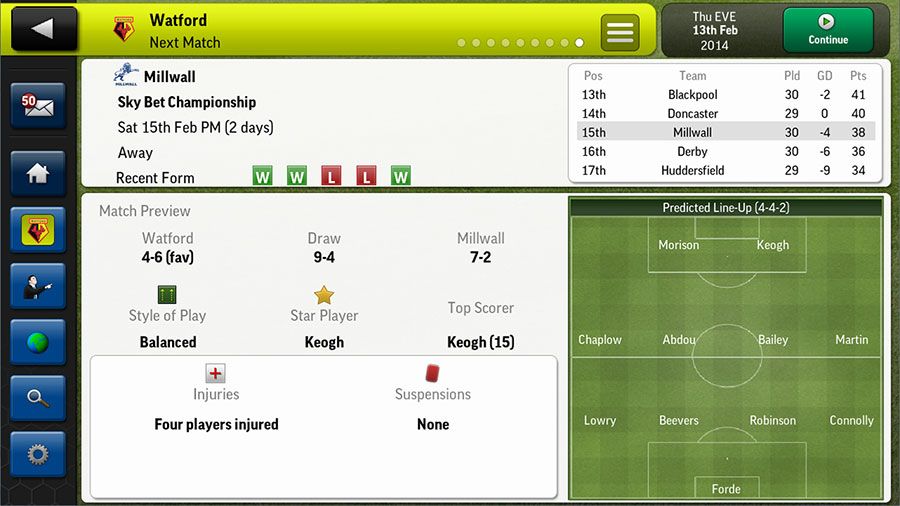 – A complete redesign of the way the game looks, with improved graphics and a much more intuitive menu system.
– My Club Mode allows you to create your own club from scratch. You choose the club name and kit colours and you assemble your squad. Recreate a classic team or build a squad of family and friends and then enter them into any league or international competition to compete against today’s real teams and players. It’s the ultimate football fantasy experience.
– A more realistic transfer system with more intelligent bids and squad management from AI managers meaning the FMH transfer market reflects the real-world.
– Use the new player progression tracking system to monitor the progress of your players’ attributes over time. These pages chart the improvement or decline of your players’ skills and are the perfect visual aid for making those tough decisions on whether players have a future at the club.
– Improved media interaction, with questions from reporters about your club’s successes, failures and the future. Can you keep the media happy without upsetting the board, fans and squad?
– Improved post-match analysis gives you better feedback on your team’s tactical strengths and weaknesses.
– More detailed historic records of previous seasons allow you to look back fondly on past successes.
– You can now choose multiple nations when starting a new game, so your career is no longer limited to one country… you can start managing an English club, but move abroad to manage in another country if you fancy a different challenge or a change in culture 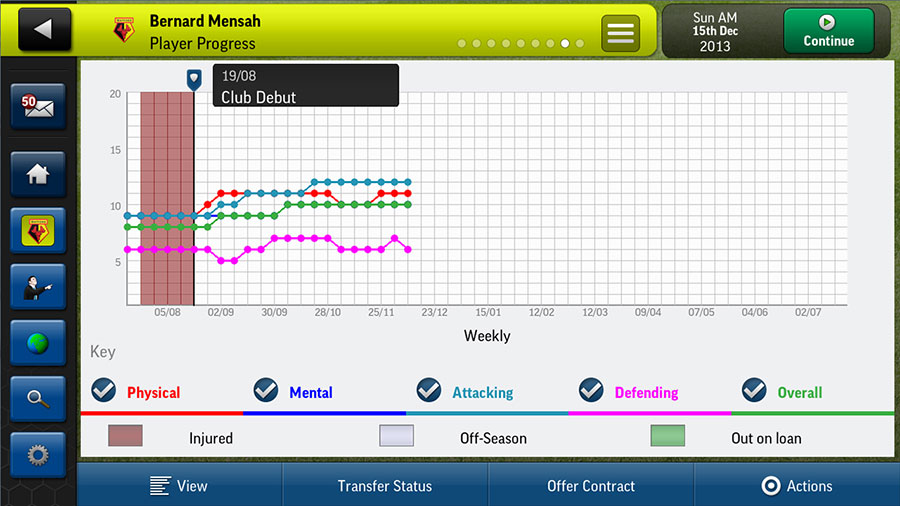 As you can see from the features list above, this is a pretty in-depth management sim game. If you’re looking for realism in a football management type of game then this is one you’ll want to check out. You can pick up Football Manager Handheld 2014 off of Google Play for $9.99.