Back in September Android gamers finally got their first taste of SNK Playmore’s King of Fighters franchise with the release of King of Fighters 2012-A. Well now we have a second game to dive into from the same franchise called King of Fighters ’97 and as you’re probably guessing from the game’s title, this is a more retro type of brawler game over the company’s first release.

King of Fighters ’97 has players picking their favorite team of characters including some hidden ones and battling it out with other teams. Depending on the team you finish the game with, you’ll get a different ending each time so there is plenty of replay value in just that fact alone. While the game does feature all of the original content from the original game, there are also a few new additions as well which SNK Playmore likes to do with all their mobile releases. 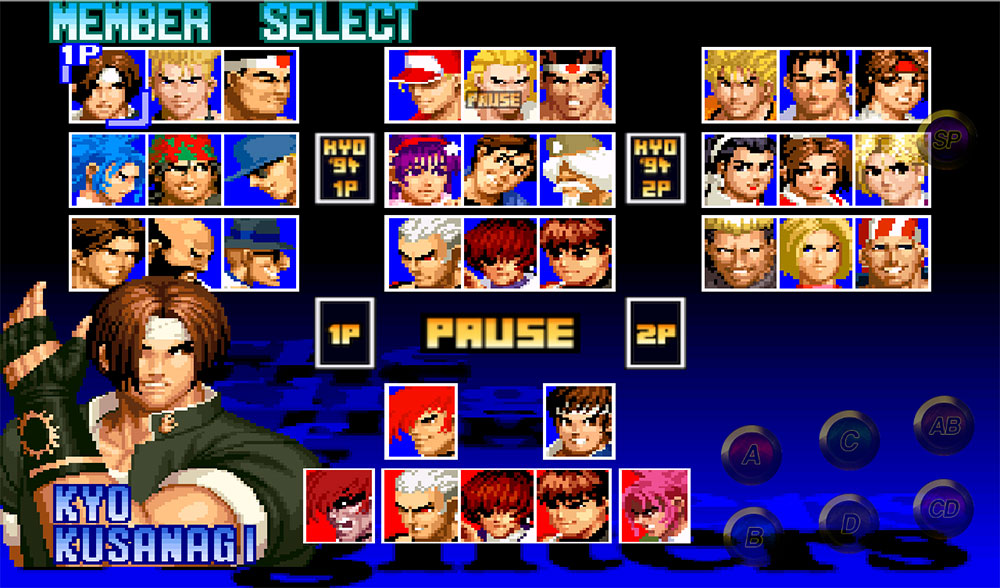 – 35 playable characters: Play as SNK’s iconic fighters such as Kyo Kusanagi and Terry Bogard, and try to master the infamous “New Face Team” or the “KOF ’97 Special Team”! The NEO GEO version’s hidden characters are now available directly on the character select screen so you can easily crush your opponent using Orochi Iori or Orochi Leona! Experience for the first time in the series the “Affinity System”, and to select the members of your team according to their affinity, and enjoy their pre-match interactions!
– 2 modes to improve the game’s depth: KOF ’97 uses 2 differents gameplay modes: EXTRA and ADVANCED! Master the system that fits you the best and burn your rivals down!

*ADVANCED MODE: Various jumps for different ways to bring the pain to your enemy! A must if you think offense is the best defense. You can stock your Power gauges to enter in MAX mode or to unleash deadly Desperation Moves. Depending on your characters’ affinity, get extra Power gauges even after losing a round!

*EXTRA MODE: Use the Evade move wisely as you are being rushed and send your opponent flying. Fill your Power gauge to automatically enter Power Max mode for a set amount of time. As you are close to exhaustion, your health bar will turn red and blink, then you will be able to unleash your Desperation Moves to your heart’s content, as long as you are the last one standing!

– A NEOGEO Perfect Port with added features: You have the possibility to play the game as it was intended back in the days with 4 buttons, or you can enjoy the new control scheme using the 6 buttons settings and the simplified special move with the help of the SP button!
– Fight against your friends through Bluetooth Multiplayer mode 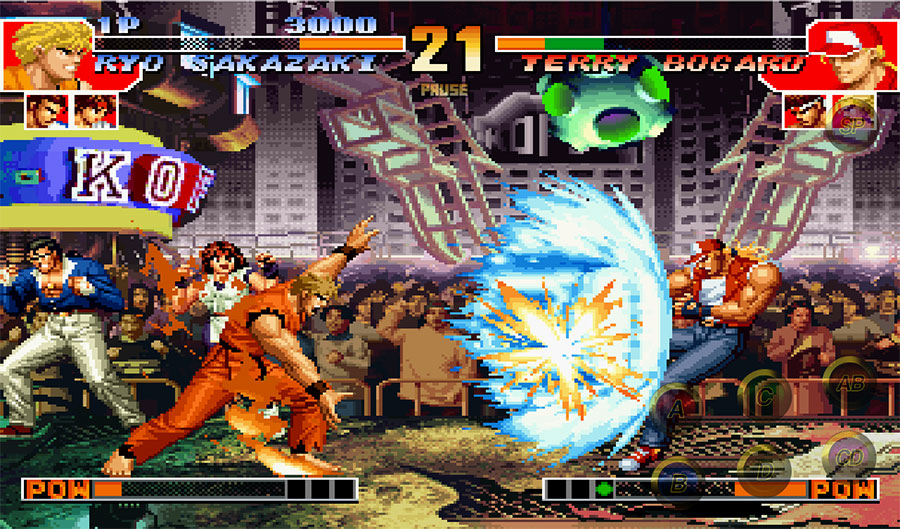 If you’re a fan of the franchise and have been playing SNK Playmore’s first King of Fighters game for mobile so far, you now have another one to get your hands dirty with. Downloading a copy of King of Fighters ’97 will cost you $3.99.