Tin Man Games has released a new addition to their porting of the Fighting Fantasy franchise over to mobile devices. This new installment is one of the original books in the series which is called Island of the Lizard King. While this isn’t the first book in the series, a lot of people started on this particular title when they discovered the Fighting Fantasy series.

This edition of Island of the Lizard King has illustrations in full color whereas the original book was only in black and white. As for the story, it is the same as the original although you can adjust the difficulty for greater challenge. Just like any other title in the series, your decisions made while working your way through this book affect whether you succeed in getting further along or die. 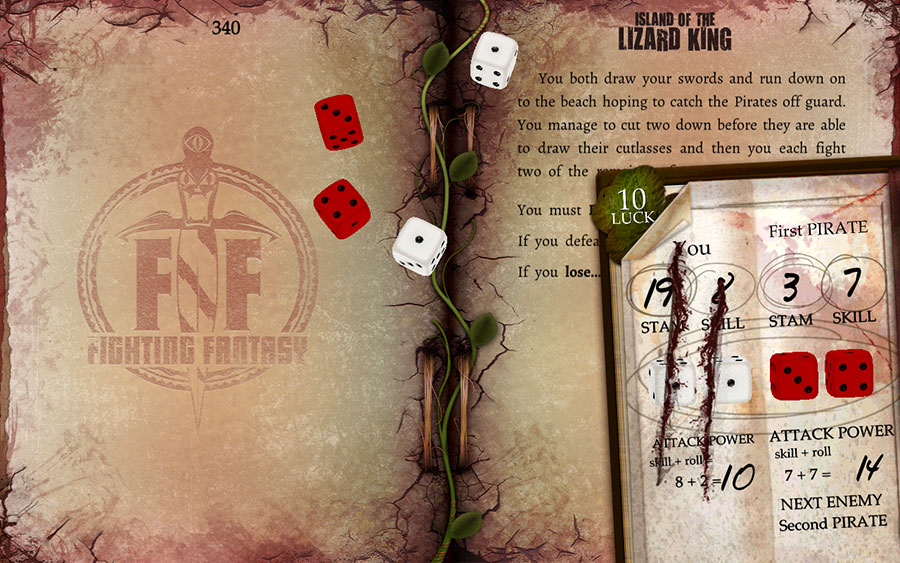 Island of the Lizard King Features:

• Read the book horizontally or vertically on your tablet.
• An automated Adventure Sheet to keep track of stats and inventory.
• Realistic physics based dice rolling. Shake your device!
• Artwork gallery. Find an illustration in the gamebook and be able to access it full-screen forever.
• Bookmarking system which saves your position in the gamebook, much like putting your fingers between the pages to remember your previous page when reading the paperback!
• Specially composed soundtrack and sound effects.

Aside from the specific features to this book, it also contains all the regular goodies you would find in a Tin Man Games release. 3D dice to roll, interactive character sheet and everything else are present. For those of you who were waiting for the title to be released, you can pick it up off of Google Play for $5.99.