Samsung’s GamePad is now an official thing, available in Europe only for right now

Samsung has officially made their game controller for their phones a thing now, releasing it to market already in Europe while everywhere else in the world will be able to buy it soon. Of course that is if you don’t already own a MOGA controller, or a SteelSeries one, or a Nyko controller, or any number of ones already available and useable with pretty much any Android device.

Of course you can see by the design of Samsung’s GamePad that its direct competition is the already popular MOGA series of controllers that PowerA has been releasing for some time now. This controller features almost everything you’d want in one including D-pad, 2 analog sticks, 2 trigger buttons, and 4 buttons on the front. It supports NFC, HID and Bluetooth 3.0 which means it should have no problem being used with most Android devices, not just Samsung’s own. 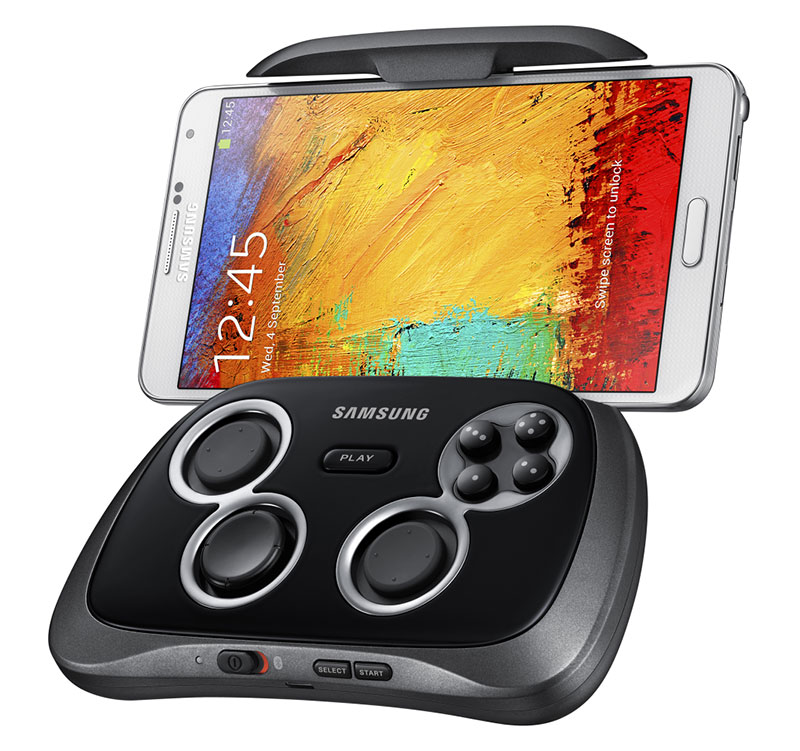 The GamePad can also be fed into your HDTV via HDMI-out or through Samsung’s AllShare Screen Mirroring if you own a compatible television. The big thing though is game support since if there’s no games support it, then the controller is useless. Samsung has said there will be 35 titles available at launch with plenty more arriving in 2014, all of which can be easily found with a special ‘Play’ button that will list all available compatible games.

As for pricing, Samsung hasn’t announced that just yet and it is only available in Europe right now. The rest of us will be able to pick one up in the next couple of weeks.