Ludosity is an interesting little studio. Among the four-person developer’s library, they have a platformer in Bunibon, a Zelda-like with Ittle Dew and, most interestingly, a competent fighting game with Healthy Weapon.

There aren’t that many fighting games on Play. There are a few fighters on Android – most notably Street Fighter IV, which might as well exist in name-only – but none of them every really work. The two control methods I see developers adhere to most are:

A) a series of swipes and taps, which can work in some cases, but more often that not, you’re left trying to remember which combination does what.
B) A virtual stick/button setup that attempts to emulate that of a physical controller, but never quite matches the response time needed for a game in the fighter genre. 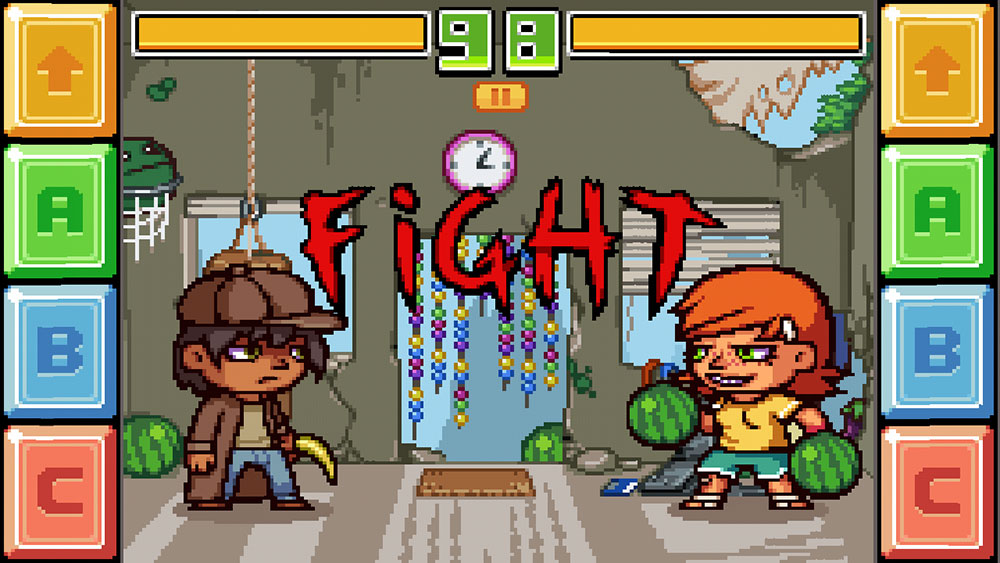 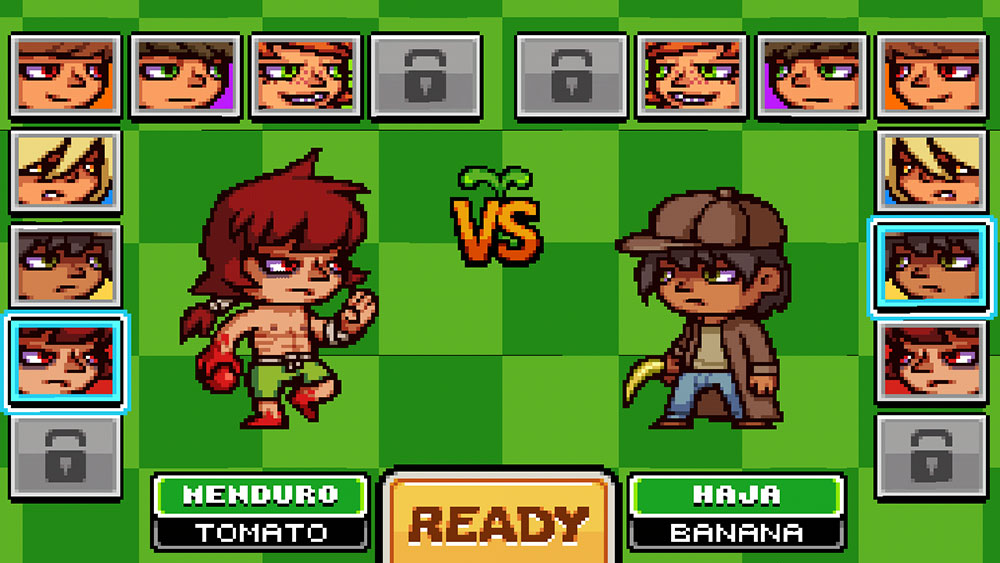 Not only does Healthy Weapon implement an elegant solution to the genre’s control problems on mobile, but it also adds same-device multi-player! It’s a game that Capcom could definitely take a few notes from. (It has most in common with Divekick)

In Healthy Weapon, you pick from a roster of six health-conscious fighters – all fruit and vegetable themed – and you fight in a handful stages, each with saccharine, pixelated graphics that would feel at home on the Neo Geo Pocket Color. 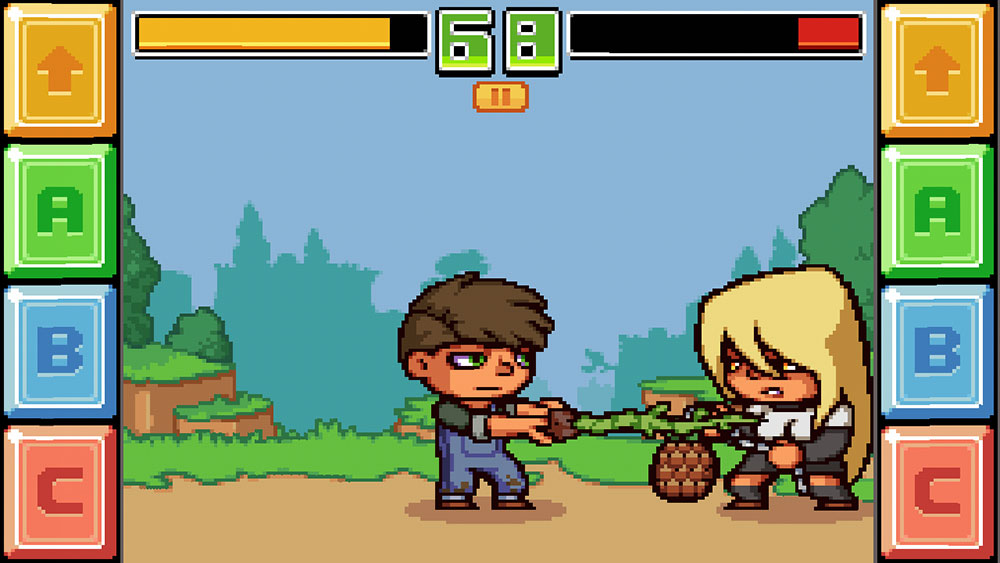 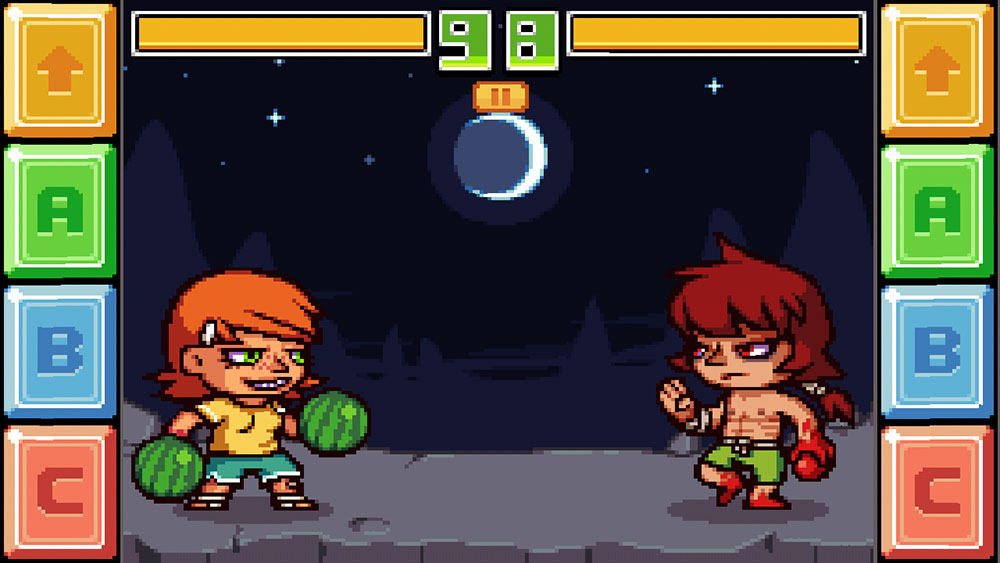 You won’t find an overly-convoluted combo system in Healthy Weapon. In fact, its control scheme feels and plays a lot like One True Games’ Divekick, but instead of using two buttons, HW uses four – labeled A, B, C and Up (low, mid and high attacks in essence). Tapping the lettered buttons in rapid succesion triggers a basic combo and double-tapping the jump button causes a mid-air dash. This system allows for seamless same-device multiplayer. That’s it! It’s a simple system that works exceedingly well considering the platform it’s released on (more so than 96% of touch screen fighters that I’ve played).

I’d recommend to anyone looking for an engaging time-waster.