Marvel has released a new game onto Android which up until now was never really announced. This new game is called Marvel Run Jump Smash and as you are probably guessing from the title, this new game is an endless runner but with a little more action than most of them, sort of like Punch Quest.

Marvel Run Jump Smash is a little more cartoony when it comes to how the visuals are but there is plenty of action in this game, at least for an endless runner. A lot of the main Marvel heroes are available for you to play as whether you choose Spider-Ma, the Hulk or whomever else. 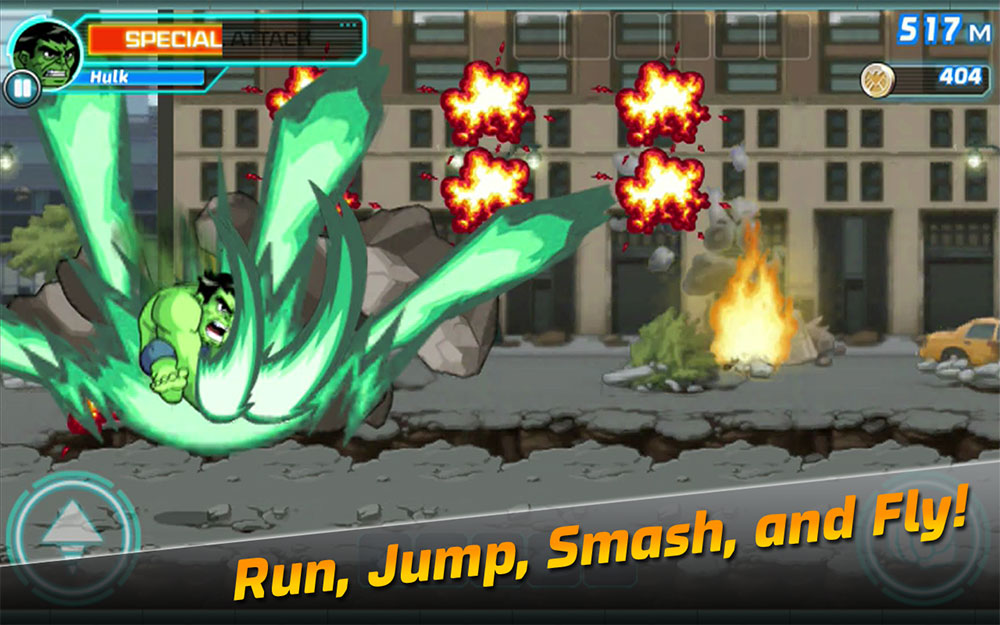 – Assemble your Super Hero team to achieve the best score!
– Unleash each Hero’s devastating Special Attack!
– Play in iconic Marvel locations!
– Compete against friends to gain the top leaderboard position!
– Upgrade your character to achieve an even higher score!
– Keep the action going with new Super Heroes and location updates!

As you progress through the game you will be able to unlock additional superheroes to play as, each having their own special abilities for you to use as you run through the game, collecting coins and smashing bad guys.

Unlike most endless runners available for Android, this one isn’t free. To pick up a copy of Marvel Run Jump Smash, it’ll cost your $0.99 and yes there are IAPs.